No ball, watermelon, sardine or rodent drop features into my New Year's Eve entertainment. I find I prefer to watch movies late into New Year's Eve instead. I have my favorite films -- five or six of the ten movies Fred Astaire and Ginger Rogers made together, a Cary Grant marathon -- which have nothing to do with the holiday itself. But there are some really dandy movies that do involve New Year's Eve on screen. And I'm not talking about the piece of tripe called New Year's Eve, either. Or The Poseidon Adventure, which turned everybody upside-down with entertainment. If those are your style, you are forewarned to stay away from the movies on this list.

So what am I talking about? Here are my choices for starting out your New Year right with New Year's themed movies: 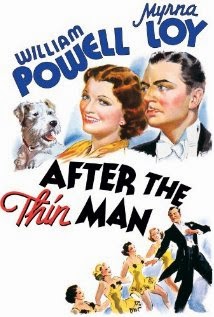 AFTER THE THIN MAN (1936) The entire series of Thin Man movies features sophisticated toffs in evening wear bantering, attending swanky parties and swilling alcohol, so they are all on the money for your NYE Film Fest. But After the Thin Man, the second one in the series starring William Powell and Myrna Loy as the charming, crime-solving Mr. and Mrs. Charles, actually begins at a New Year's Eve party. What could be more swell? If you want to see how a party (and crime-solving) were done in 1936, put After the Thin Man at the top of your list.

HOLIDAY (1938) This is one of my favorite movies of all time. Katherine Hepburn. Cary Grant. A supporting cast that includes Edward Everett Horton. What else do you need? This is the second film adaptation of Philip Barry's Broadway play, with Hepburn as Linda Seton, the daughter of a fabulously wealthy old-money family in New York City. Self-made man Johnny Case, played by Grant, meets her sister Julia in Lake Placid and comes back to Manhattan to make it official with her, but a swanky engagement party on New Year's Eve makes it clear to everybody that he doesn't belong with snobby Julia. When Linda and Johnny dance alone in the upstairs playroom and she murmurs "Happy New Year, Johnny" with that look on her face, everybody should know what's up. 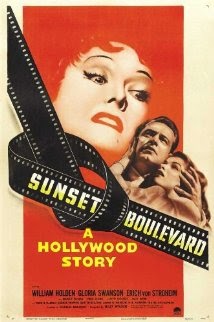 SUNSET BOULEVARD (1950) "I am big. It's the pictures that got small." That line comes from Norma Desmond (Gloria Swanson), the fading movie queen who lives in a Sunset Boulevard mansion that's more like a mausoleum. Her faithful servant (played by Erich von Stroheim) writes fan letters to convince her she's still beloved. He was once her director. And her husband. She latches onto young, beautiful wannabe screenwriter Joe Gillis (William Holden) and invites him to a New Year's Eve party where he is the only guest. Uh oh. Billy Wilder wrote and directed the most cynical Hollywood movie ever. And it's fantastic.

THE APARTMENT (1960) Oh, Billy Wilder. You knew how to make 'em count. If After the Thin Man and Holiday conjure up elegant days of yore  that never really were, The Apartment shows us a drizzly, grimy version of New York City in 1960 that seems very, very real. There is humor and sweetness at the heart of Jack Lemmon's C.C. Baxter, the ordinary schlub whose bosses force him out n the street so they can have trysts in his handy Manhattan apartment, and it's the humor and sweetness in the face of disappointment and reversal that make The Apartment so wonderful. The Apartment certainly exposes the craziness we all put ourselves through if we expect New Year's Eve to be a quintessentially romantic experience. If you only have time for one New Year's Eve movie, I'd probably tell you to pick The Apartment.

RADIO DAYS (1987)  The New Year's Eve scenes in Woody Allen's Radio Days show the fantasy -- glamorous stars sipping champagne at a glittering nightclub in the 1940s -- and the reality -- a very ordinary family in Brooklyn, listening to the radio and imagining the glamour elsewhere. If any movie puts the whole New Year's Eve ethos together, it's this one. Somebody has posted those scenes on Youtube so you can see what I mean. If that pan across Mia Farrow, Wallace Shawn and Tony Roberts in their sparkly gowns (Mia) and tuxedos (Wallace and Tony) doesn't tell the story of what we all think New Year's Eve should look like, nothing ever will.

I'm afraid I have to run. I have a date with Cary Grant and Jack Lemmon. Almost time to say Happy New Year, Johnny!
Posted by JulieK at 5:48 PM

Email ThisBlogThis!Share to TwitterShare to FacebookShare to Pinterest
Labels: After the Thin Man, Holiday, Radio Days, Sunset Boulevard, The Apartment