There has been a lot of controversy about the lack of representation for female playwrights on American stages. I don't know if it was on purpose or just a happy accident, but Bloomington-Normal knocked it out of the park when it came to showcasing the work of female playwrights in 2014. From The Diary of Anne Frank back in January to Falling by Deanna Jent, which closed just before Thanksgiving, from stories told in ten minutes to one acts and full-length plays, we had a chance to see -- right here in Bloomington-Normal -- 21 different plays written by women, two plays co-written by women, and three musicals with music, lyrics or books written or co-written by women. 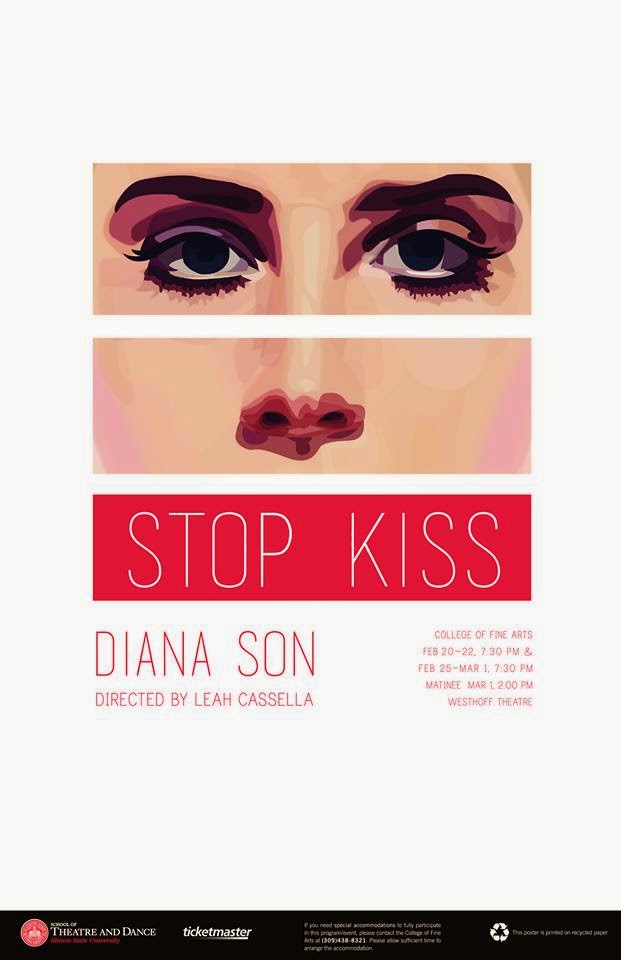 Over at Heartland, the April play was Iron, by Scottish playwright Rona Munro, a searing look at a daughter trying to reconnect with the mother she can't remember, a mother who is in prison for killing Dad fifteen years ago. Claire BonEnfant, Nancy Halper and Brigitte Viellieu-Davis won slots in Heartland's 10-Minute Play Festival, while Lori Matthews and Pamela Devon Lovell wrote winning one-acts produced as New Plays from the Heartland. And this fall, Heartland staged Julia Cho's The Language Archive, directed by Kathleen Kirk, and Deanna Jent's Falling, directed by Lori Adams, who had also directed the play in its St. Louis premiere and its off-Broadway transfer. Jent's intensely personal play was a shot right to the heart of playgoers.

New Route Theatre continued its mission to showcase underrepresented voices by bringing back The Mountaintop, Katori Hall's play about the last night in the life of Martin Luther King, and then offering Johnna Adams' mother/teacher showdown Gidion's Knot; Full Bloom, a reunion play by Leola Bellamy, Erica Thurman's Flashbacks; and Walking with My Ancestors, a journey into the past told in song, dance and the spoken word, written by ISU professor Ama Oforiwaa Aduonu.

Community Players brought us The Diary of Anne Frank, an adaptation of Anne's own words for the stage originally written by Frances Goodrich and Albert Hackett and updated by Wendy Kesselman; the musical 9 to 5, with music and lyrics by Dolly Parton and book by Patricia Resnick, and Shrek: The Musical, with music by Jeanine Tesori and lyrics and book by David Lindsay-Abaire. 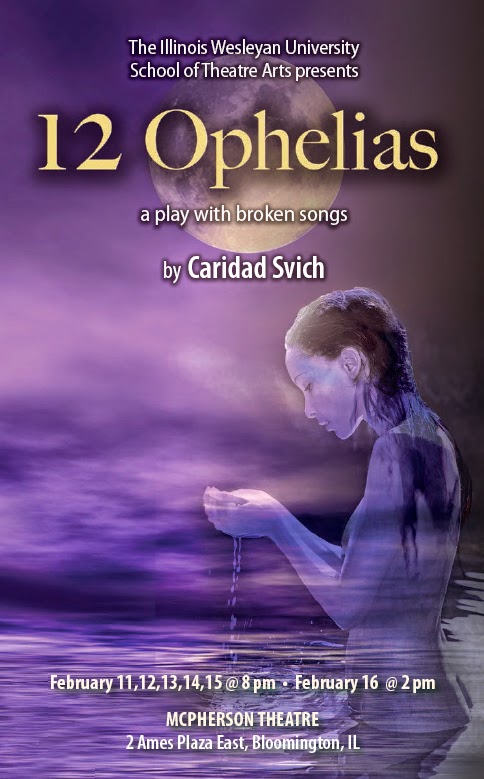 The newest theatrical venture in town, the bar plays called Sticky in the Sticks, also featured work by women, in the tradition of Sticky founder Libby Emmons. The Normal version of Sticky gave us pieces by Emmons herself as well as Jeanine Jones in its December show.

All in all, it was a very good year.  More than two dozen different women with very different voices, all represented on stages in our home town.

The work isn't done, of course. It seems unlikely this will happen two years in a row, let alone three or four. But for now, for Bloomington-Normal in 2014, we can congratulate ourselves on quietly, happily getting it done. Here's to moe of the same in 2015!
Posted by JulieK at 7:22 PM