Something Old, Something New... Emmy Winners 2016

If there's one thing I've learned about the Emmy Awards after watching them for years and years and years, it's that voters from the Television Academy love to honor the same people year after year after year. I call it the John Larroquette Rule, since he won four Emmys in a row for his role on Night Court. Or maybe I should go with Larroquette/Hunt, since Helen Hunt did the same thing -- four in a row -- for Mad About You. Although they weren't consecutive, Candice Bergen won five Emmys for playing Murphy Brown on Murphy Brown, Rhea Perlman took home four statuettes for playing Carla on Cheers and Don Knotts earned four as Barney Fife on The Andy Griffith Show back in the 60s.

For different roles and performances, Cloris Leachman owns eight Emmys, while Ed Asner has seven, including five for playing Lou Grant (three from his stint with Lou on Mary Tyler Moore and two from Lou Grant.) Yeah, there's no questions that the Emmys gravitate to certain stars. 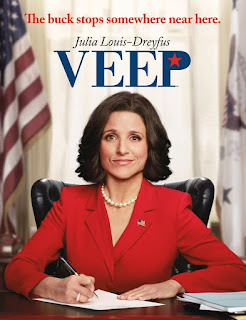 This year's Emmys did the Larroquette/Hunt Rule one better: Julia Louis-Dreyfus picked up her fifth consecutive Oustanding Lead Actress in a Comedy award for her role as Selina Meyer, the VP in Veep on HBO. Louis-Dreyfus has another Lead Actress Emmy for The New Adventures of Old Christine and a Supporting Actress win for Seinfeld, putting her total at seven. She's gaining on you, Leachman! (Allison Janney and Mary Tyler Moore are also sitting at seven. MTM may come back and snag another one in a guest category and you know Janney will get another three or four before she's done. As will Louis-Dreyfus. It's just a question of who'll get past Leachman first, I suppose.)

Louis-Dreyfus's partner in the comedy lead acting categories was also a repeater, as Jeffrey Tambor picked up his second Outstanding Lead Actor in a Comedy Emmy for playing transgender Maura Pfefferman on Transparent.

Veep was the winner as Outstanding Comedy for a second year, serving notice that Modern Family and its five straight awards were a thing of the past. In supporting categories, Louie Anderson won for playing Zach Galifianakis's mother on Baskets, and Kate McKinnon added to Saturday Night Live's total haul over the years, giving the show its 45th Emmy.

If the comedy lead actors were same old, same old, the drama leads were brand new, as Tatiana Maslany (Orphan Black) and Rami Malek (Mr. Robot) were both first-time (and much deserving) winners. They also hit my best-dressed list, but more on that later.

One of their supporting pals was a repeat, though, as Maggie Smith took home another award (and didn't show up to accept it one more time) for Downton Abbey. The Outstanding Supporting Actor winner -- Australian actor Ben Mendelsohn for Bloodline -- was a first-time winner, but like Smith, he was not in attendance to accept his trophy. 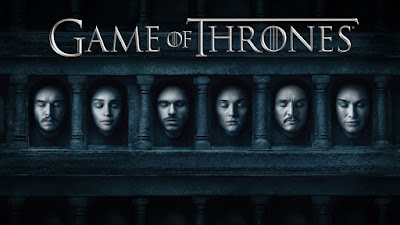 When it came to shows, Game of Thrones and its Best Drama Emmy (the final award of the night) set a record, too, putting it at 38 overall Emmys and unseating Frasier, which earned a mere 37 in its time, as the series with the most wins ever. In addition to repeating as Outstanding Drama Series, Game of Thrones earned Emmys for director Miguel Sapochnik for the "Battle of the Bastards" episode, as well as for its casting, costumes, editing, makeup, production design, sound mixing, special visual effects, stunt coordination and writing. (Of the four different awards for makeup, Games of Thrones won two, giving them a total of 12 Emmys this year.)

As I said above, I picked Rami Malek (right) and Tatiana Maslany (above) as two of my fashion favorites even before their names were announced as winners. Maslany wore one of two sensational red gowns that stood out, along with Priyanka Chopra (Quantico).

You can see the entire list of winners here at the Emmys official site. Here are some of the winners in major categories (including a few given out last weekend at the "Creative" ceremony):

And that's all till next year, when there will be no Maggie Smith for Downton Abbey and no People v. O.J. There's no end in sight for Veep or Game of Thrones, however.