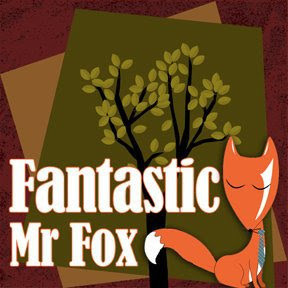 You might've seen the film version of "Fantastic Mr. Fox" last year, an animated little romp featuring the voices of George Clooney and Meryl Streep as Mr. and Mrs. Fox, with the likes of Bill Murray, Jason Schwartzman and Michael Gambon (AKA The Great Gambon) rounding out the vocal cast.

The film and the play version opening this weekend at Community Players are both based on a Roald Dahl story by the same name. Here's a look at the film and the book art, which illustrates some of their differences:

The film is a little slicker, with an expanded plot and those celebrity voices, while the book and the play are going for something a bit more folksy. All three involve a Fox family that has a habit of stealing food (including chickens and ducks, crossing the animal solidarity line) from three wealthy farmers, which makes the farmers cranky enough to try to destroy the Fox family home and demolish a whole lot of other animals' warrens and dens while they're at it. So the animals launch their own counter-plots in an attempt to end the siege, save their houses and snatch some food right out from under the evil farmers' noses.

The play version, adapted for the stage by David Wood, opens with a preview tomorrow night and runs through July 25 on stage at Community Players. It stars newlyweds Nick and Laura McBurney, the Bloomington-Normal version of George and Meryl, as Mr. and Mrs. Fox, with the always-amusing Joel Dwight Shoemaker as Badger, a co-conspirator, and Desiree Taylor, Kiley Bronke and Thom Rakestraw as the bad guys.

Community Players, currently in its 88th season, bills "Fantastic Mr. Fox" as "Theatre for Young People," with some younger actors in the ensemble as well as expected in the audience. Evening performances are at 7:30 pm, with Sunday matinees at 2:30 pm. Tickets are available on-line -- just click on the Community Players link at left and follow your way to "Fantastic Mr. Fox."
Posted by JulieK at 11:01 AM