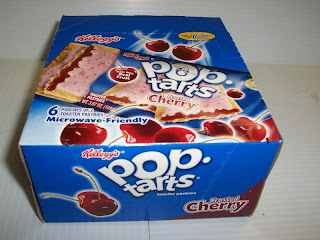 
Firstly, a great many thanks to Julie for asking me to write this brief article for her blog. This is something that I promise I would have said all along, but perhaps even moreso after this posting – this is one GREAT blog with OUTSTANDING content! So, thanks Julie. And thanks for promoting the arts in general throughout our community.

Secondly, did you know they were 200 calories? Poptarts, that is. I believe blogs are still calorie-free.

Used to be, I would eat two for breakfast. This seemed to me a good idea as there were two to a pouch, but, I don't do this anymore. No, three cups of coffee and but one calorie-packed poptart shall do just fine. I prefer the cherry flavor. Ice cream sundae doth intrigue me, but probably not for breakfast.

Most mornings you'd find me at work on my second cup of coffee by 7:30 AM. And, these days, the second cup of coffee cues the cherry poptart. It's artificial cherry and I'm pretty sure that's why I like it. I usually find myself pretty busy in the morning so I either rip open or unfold the top of the silver packet, extract the pastry and quickly dispose of or place the packet into the box, as needed.

That is most mornings. However, this morning I took an extra second to look at the packet. And did you know there are cartoons on the package? It's actually a toaster AND a poptart, just like the consumable ones save for the arms, legs and face the cartoon includes. They're really quite hilarious. Today, Mr. Poptart was in combat mode, arms extended above his head, stick-leg in the air, ready to put some serious karate moves on the defenseless, limbless, faceless toaster. Poor chap.

The karate move is EXACTLY like one we see in Fantastic Mr. Fox, now playing at Community Players (remaining performances are June 15-18 and June 22-25, nightly at 7:30, Sundays at 2:30).

You knew this had a point, right?

And, in EXACTLY the same manner, both the cartoon this morning and the fight-scene I see from the wings nightly put into motion one massive smile upon my face, along with some good ol'-fashioned healthy laughter.

I don't know what you expect from live theater. I know often I attend expecting to be challenged. Educated. Given choices. Made to think. Moved. Provoked. Whatever.

But this show is a little different than most of those things I've seen or of those that I have been a part. The cast is thirty-some strong and probably seventy percent children under 12. It's directed, assistant directed, produced, lit and costumed by first-timers. The cast is often mothers or fathers alongside their children. It's short. It's a play, but we sing songs. And, its target audience is probably children. Although I think it's great for adults as well.

Oh, I feel I should mention that the karate fight is performed by foxes and rats rather than poptarts and toasters. You know, so that's more normal.

So, I beg you not to expect to be challenged or educated or made to think too much. Except for maybe to enjoy yourself quite a bit for an hour or so. And to leave with one massive smile upon your face. 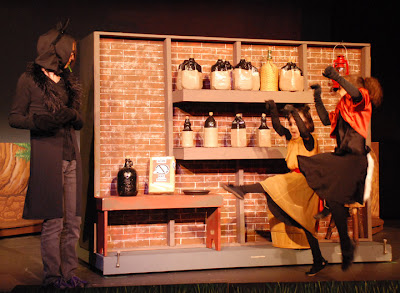