A Weekend of "New Plays from the Heartland" Starts Tomorrow 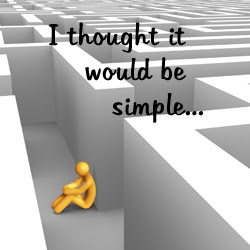 Heartland Theatre Company begins its three-day "New Plays from the Heartland" event tomorrow night, with a discussion (open to the public) with Ben Viccellio, Assistant Professor of Drama in the Department of Theatre at Kenyon College, who served as the final judge in this year's playwriting competition.

Thursday's discussion is just the opening round of this "New Plays" project, with presentations of the plays themselves, a special workshop with Viccellio for the playwrights who made it to the final round of competition, a response to the plays in performance by Viccillio and a reception for the winning playwrights after Friday's performance, and a talk-back with playwrights, sponsors, actors and the director after Saturday's performance.

"New Plays from the Heartand" is an annual competition open to playwrights from eight Midwestern states, with three short one-acts chosen to be produced on the Heartland stage. Although Heartland Managing Artistic Director Mike Dobbins calls these "staged readings," they are actually quite a bit more than what you'd normally see as staged readings, with some costumes, props, lights, etc., using actors from Heartland's stable under the direction of Dobbins himself.

"New Plays from the Heartland" is funded by Paul and Sandra Harmon and the NPH Sponsors Circle, including Jay and Sue Edmondson, Myra and George Gordon, John and Pat Groves, Marc and Darlene Miller, Jim and Pam Raymond and Robert and Marilyn Sutherland.

The winning plays to be performed are:

KEEPING THE WORDS by Terri Ryburn from Normal, Illinois

THE DOCK by Stephen Peirick from St. Louis, Missouri

OPEN FORUM ON PLAYWRITING WITH BEN VICCELLIO
Thursday, May 12, at 7:30 pm