Have I told you about PS Classics before? I feel sure I have. PS Classics has been around for 100 albums by now. They restore, revive and reimagine "the heritage of Broadway and American popular song" by offering recordings of some vintage and/or "lost" shows (like their brand-new "studio cast recordings" of "Sweet Bye and Bye," a 1946 musical from Vernon Duke and Ogden Nash that "crashed and burned during its pre-Broadway try-out," and "Strike Up the Band 1930," a fresh version of the Gershwin classic) as well as new cast recordings of select recent Broadway shows (like 2010's "Sondheim on Sondheim" and "La Cage aux Folles.")

They also do solo albums from Broadway stars and "songbooks" like "Sondheim Sings" and (my favorite) "The Maury Yeston Songbook." 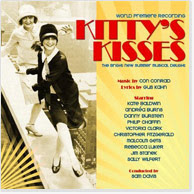 I'm happy to get the new stuff, but even happier to discover vintage material I didn't know existed, like "Kitty's Kisses," a bright 20s romantic comedy that brings to life a kind of show that has pretty much disappeared from the scene, and "Fine and Dandy," a show with music by Kay Swift, one of Broadway's first female composers and rumored love interest of George Gershwin.

Since PS Classics has also released otherwise uncovered material like Michael John LaChiusa's "First Lady Suite," parts of which showed up at Illinois Wesleyan last spring, we can all thank them for the chance to dig deeper and enhance our theater-going experience. 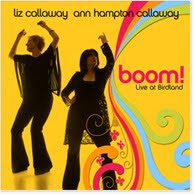 And right now -- or between June and August, at any rate -- PS Classics is putting out six cds, from the afore-mentioned "Sweet Bye and Bye" and "Strike Up the Band 1930" to Jason Robert Brown and Marsha Norman's "The Trumpet of the Swan," an "eloquent, witty and graceful" musical version of E.B. White's classic children's book, "Boom!" an album full of songs from the 60s and 70s performed by sisters Liz and Ann Hampton Callaway, Kate Baldwin singing Sheldon Harnick songs in "She Loves Him," and "A Minister's Wife," a new cast album from Joshua Schmidt.

In Tommy Krasker and Philip Chaffin's last "About Us" column, the two guys behind PS Classics wrote: "We handpicked these six from the dozens we considered green-lighting this past year. We feel a genuine passion for each one; they're labors of love."

If "the heritage of Broadway and American popular song" interests you, I can pretty much promise you'll love PS Classics right back.

Click here to start looking for albums to add to your collection. Come on, you know you want that "First Lady Suite" and you're dying to find out about "Kitty's Kisses."
Posted by JulieK at 2:50 PM