More "Where Are They Now?"

I can't believe I forgot these two. 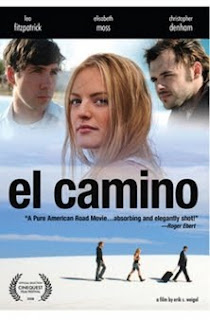 Christopher Denham was very well cast during his time at U of I, playing Prior in "Angels in America" and Romeo in "Romeo and Juliet," among other roles, as well as appearing in "This Is Our Youth" at the Station. Right out of college, Denham scored the role of Harold in "Master Harold...and the boys" opposite Danny Glover and Michael Boatman on Broadway. After that, Denham appeared off-Broadway in Charles L. Mee's "Wintertime" and Adam Rapp's "Red Light Winter," which earned him a Lucille Lortel Award, and back on Broadway as a replacement in "The Lieutenant of Inishmore" at the Lyceum. He is also a playwright, with his play "Caged" directed by Rapp for Rattlestick Playwrights Theater in 2006. Denham has also done a bit of film, with appearances in "Charlie Wilson's War" (directed by Mike Nichols, starring Julia Roberts and Tom Hanks), "Duplicity" (the fizzy caper film with Roberts again, this time opposite Clive Owen) and "Shutter Island" (the highly-promoted Martin Scorsese movie with Leonardo DiCaprio). Denham is the one on the right in the "El Camino" poster, where he appeared opposite "Mad Men" star Elisabeth Moss. 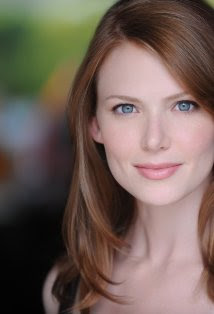 Denham has the lead in a 2011 film called "Forgetting the Girl," directed by Nate Taylor, which reminded me of another successful U of I alum who also appears in that movie. I remember Holley Fain very well from her roles as Antigone and Catherine in "Proof" when she was an undergrad. Since then, she has been showing up all over the small screen, with guest spots on "Lipstick Jungle," "The Good Wife," "The Mentalist" and "Children's Hospital," a prominent role in "Gossip Girl" and an upcoming turn as a romantic foil for "McDreamy" on "Grey's Anatomy." A few years back, Fain appeared in "Frank's Home," a play about Frank Lloyd Wright (played by Peter Weller), directed by Robert Falls. "Frank's Home" moved from Chicago's Goodman Theatre to Playwrights Horizons in New York. Fain then starred in the American Airlines Theatre production of "Present Laughter" on Broadway with Victor Garber and Harriet Harris. You can read an interview with Holley about "Present Laughter" here.
Posted by JulieK at 1:18 PM