Chicago's Eclipse Theatre Company focuses on the work of one playwright each season. And this season it's... Alan Ayckbourn!

I love Ayckbourn. He's inventive and smart when it comes to plot and structure as well as physical time and space, and he does all of that with humor and depth and a whole lot of wit. Ayckbourn's plays are performed around here occasionally, if not regularly, and I always make a point to see them.

So will I make it to Eclipse to see their Ayckbourn run? Fingers crossed! 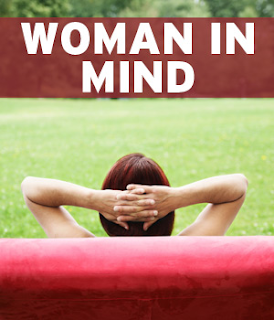 The first show of their Ayckbourn-centric season is Woman in Mind, the darkly comic journey inside the mind of one unhappy British housewife. You may remember Woman in Mind from the Heartland Theatre production a few years ago that featured Lori Adams. At Eclipse, Woman in Mind opened April 11, with ensemble member and Goodman Theatre associate Steve Scott directing and ensemble member Sally Eames as the central Woman into whose mind we leap. Performances continue through May 9 at Chicago's Athenaeum Theatre.

After that, Eclipse will produce a lighter comedy, Bedroom Farce, directed by guest artist Nick Sandys, with performances from July 25 to September 1; and a ghost story called Haunting Julia, directed by Jeff award winner Kevin Hagan, scheduled for October 31 to December 8.

To accompany their three main shows, Eclipse is also promising other readings and events to celebrate and illuminate the life and work of Sir Alan as the season progresses.

As far as I'm concerned, you can't possibly spend too much time on Ayckbourn. Go for it, Eclipse!
Posted by JulieK at 2:03 PM