Young at Heartland Playwrights in Print! 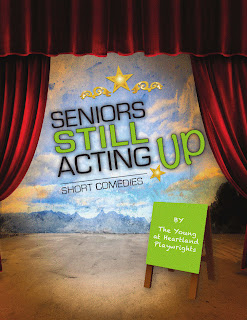 It's only fitting that the Young at Heartland senior acting troupe should celebrate their tenth anniversary by branching out into yet another venture. Not content to sit on their acting and touring laurels, the Young group began writing their own scripts a year or two again. It's always tough to find material suited to short pieces for actors over 55, so members decided to create their own. And now they're publishing some of those pieces to provide material for other senior acting groups, too!

Young at Heartland Program Director Ann White has announced that 16 plays by YAH members will be published by ArtAge under the title Seniors Still Acting Up, which ArtAge is billing as a "vibrant collection of [Young at Heartland's] short plays and monologues." The playwrights and plays included in the collection are:

Bruce Boeck
Two of a Kind

Judy Franciosi
Good Grief, A Promise Kept, For Better or Worse...But Not for Lunch

Janet Grupp
The Car and the Garage Door, Fire

Holly Klass
Lend Me Your Ear...Puhleese, What Emergency, Lemme See 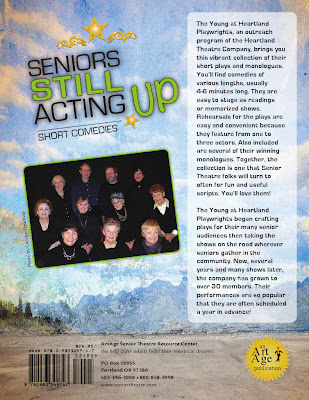 Email ThisBlogThis!Share to TwitterShare to FacebookShare to Pinterest
Labels: ArtAge, Young at Heartland