April Showers Us with Theatre and Dance

It's finally starting to feel like Spring. That means you can go out for an evening's entertainment while it's still light, without having to shovel or scrape your car! So let's celebrate the warmer weather with intriguing theatrical offerings.

Still playing... Illinois State University's production of Constance Congdon's Tales of the Lost Formicans continues through April 6 in the tiny theater space inside Centennial West 207. Click here for ticket information, or click under the title in the previous sentence to see what I thought of the play and ISU's production.

Community Players celebrates its 90th anniversary season with a special show called Broadway in Bloomington that focuses on some of the songs performed at Players throughout the years. The cast of Broadway in Bloomington includes Reena Artman, Cris Embree, Chad Kirvan, John Lieder, Bob McLaughlin, Joe Penrod, Chrissie Strong, Cathy Sutliff, Christie Vellella and Kevin Wickart, with Sherise Kirvan featured as a dancer. Sally Parry directs performances from April 4 to 7.

The University of Illinois Department of Theatre opened Larry Kramer's AIDS drama The Normal Heart in the Studio Theatre at the Krannert Center for the Performing Arts in Urbana last week, with performances scheduled through April 7. Kramer's ACT UP manifesto enjoyed a successful Broadway revival in 2011, earning a trio of Tony Awards and clearly bringing The Normal Heart back to the public consciousness. Henson Keys is directing U of I's production, which features Equity actors Robert G. Anderson, Neal Moeller and Thom Miller in its cast.

Also continuing is Or, a play by Liz Duffy Adams at the Station Theatre under the direction of Kay Bohannon Holley. This one is a historical (but fictional) romp about Aphra Behn, a spy-turned-playwright during England's Restoration period. King Charles II shows up, as does famed actress Nell Gwynne, as Behn tries desperately to finish a script while distracted by the amorous attentions of both the king and the actress. Lindsey Gates-Markel stars as Aphra Behn in performances running through April 13.

Elmer Rice's The Adding Machine, a classic of American Expressionism about the dire effects of the Machine Age on the human psyche, begins at ISU's Center for the Performing Arts on April 5, with performances through the 13th. David Fisch stars as Mr. Zero, whose job is taken over by a machine (an adding machine, naturally) in director Jeremy Garrett's production for Illinois State University.

The controversial musical Bloody Bloody Andrew Jackson, billed as a "comedic Wild West rock musical" takes the stage at Eureka College Theatre from April 9 to 14, in a production directed by Marty Lynch. Note that this show is rated R and that "very little (if any) of the play is based on historical fact -- something which will be discussed in length before and after the show."

ISU is also offering A Midsummer Night's Dream this month, with Vanessa Stalling at the helm of this Westhoff Theatre production. Stallings' cast includes Devon Nimerfroh and Abby Vombrack doubling as the fairy king and queen Oberon and Titania and the Duke of Athens and his bride, Hippolyta, with Alex Strzelecki as Bottom, the weaver and would-be actor trying to put on a play. Performances begin April 11 and finish up April 20.

Will Eno's Middletown, a look at life and death, love and connection in a small "Everytown" is the last show of Heartland Theatre's 2012-13 season. Director John Kirk's cast includes Lynna Briggs, Dean Brown, Aric Diamani, George Freeman, Karen Hazen, Megan Huff, Richard Jensen, Kathleen Kirk, Devon Lovell, Rhys Lovell, John Poling and Ann White, all of whom stand in as various denizens of this sweet, scary, familiar and strange little Middletown. It opens April 18 with a special "Pay what you can" preview night, followed by performances through May 5. 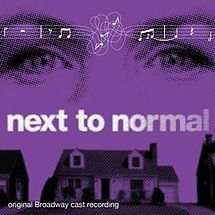 The Station Theatre likewise finishes up its season with its second April production, the searing Broadway musical Next to Normal, about a mother sinking under the weight of bipolar disorder. Station Theatre Artistic Director Rick Orr will direct this rock musical, which features music by Tom Kitt and book and lyrics by Brian Yorkey. Next to Normal opens April 25 and closes May 11.