Around the world, theaters, libraries and booksellers are celebrating the 450th birthday of the (approximate) birth of William Shakespeare. Nobody is sure exactly which day he was born, but the 23rd is the generally accepted day of celebration. To give you an idea of how global this birthday bash has become, I'm including images from around the world with this blog post. 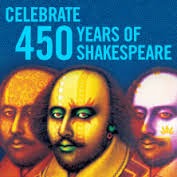 Illinois State University's production of Pericles continues this week, offering one opportunity for Bardolatry. And you'll get another one on Monday the 28th, as the Illinois Shakespeare Festival brings in All's Well That Ends Well from the Shakespeare Project of Chicago, with a cast that includes Festival Artistic Director Kevin Rich and ISU alumna Brynne Barnard. 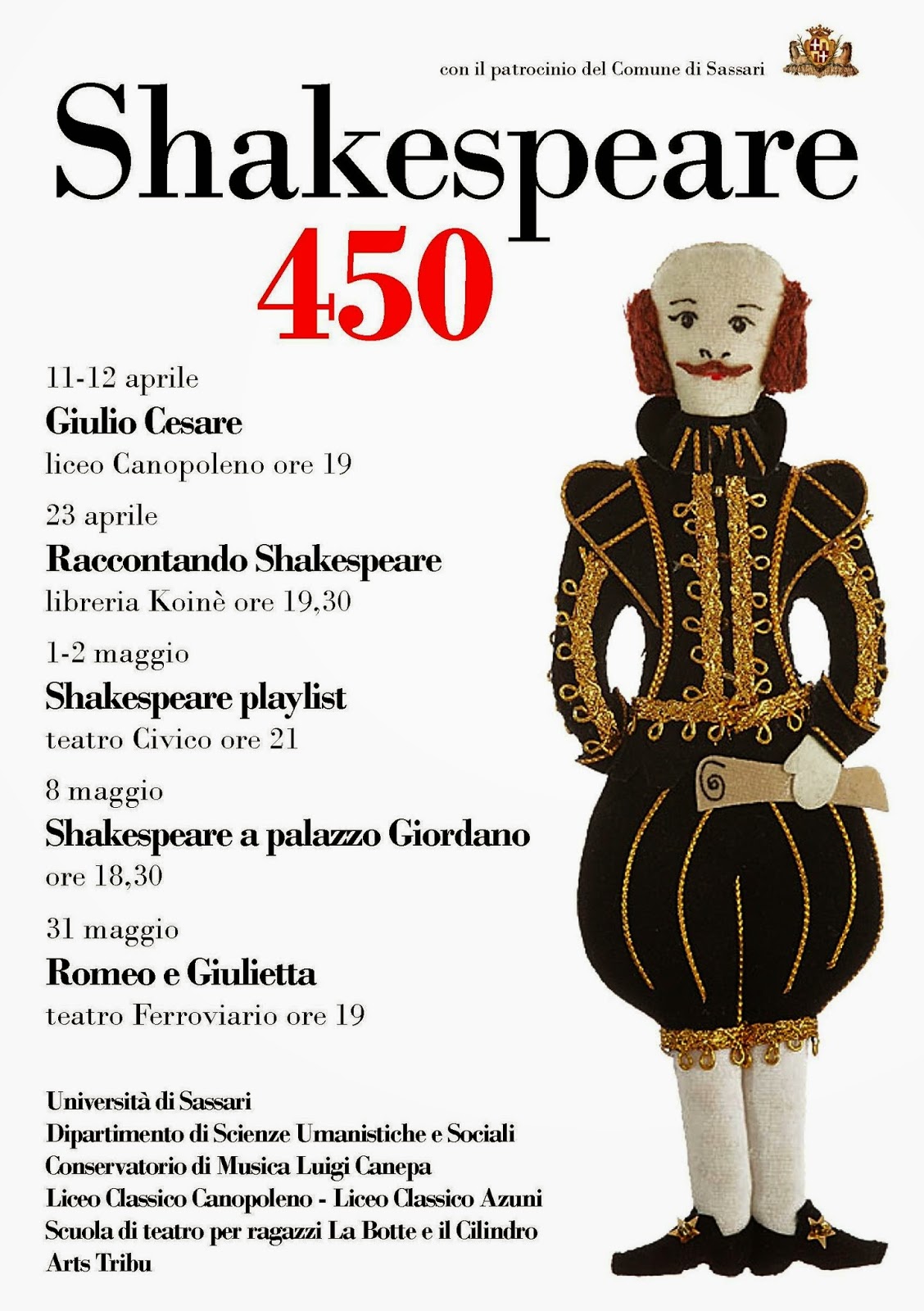 Over in Urbana, you can have cake and "libations" at the University of Illinois Rare Book and Manuscript Library today if you can recite at least 14 lines from somewhere in the Shakespeare canon. U of I's Rare Book Library includes a copy of the First Folio, although it's unlikely they'll let you near that with your cake and libations.

In Chicago, there's a PBS show airing tonight called "Our City, Our Shakespeare," a special exhibit at the Newberrry Library, and productions of Henry V and Romeo and Juliet involving the Chicago Shakespeare Theatre on Navy Pier, the Chicago Philharmonic and the Joffrey Ballet. 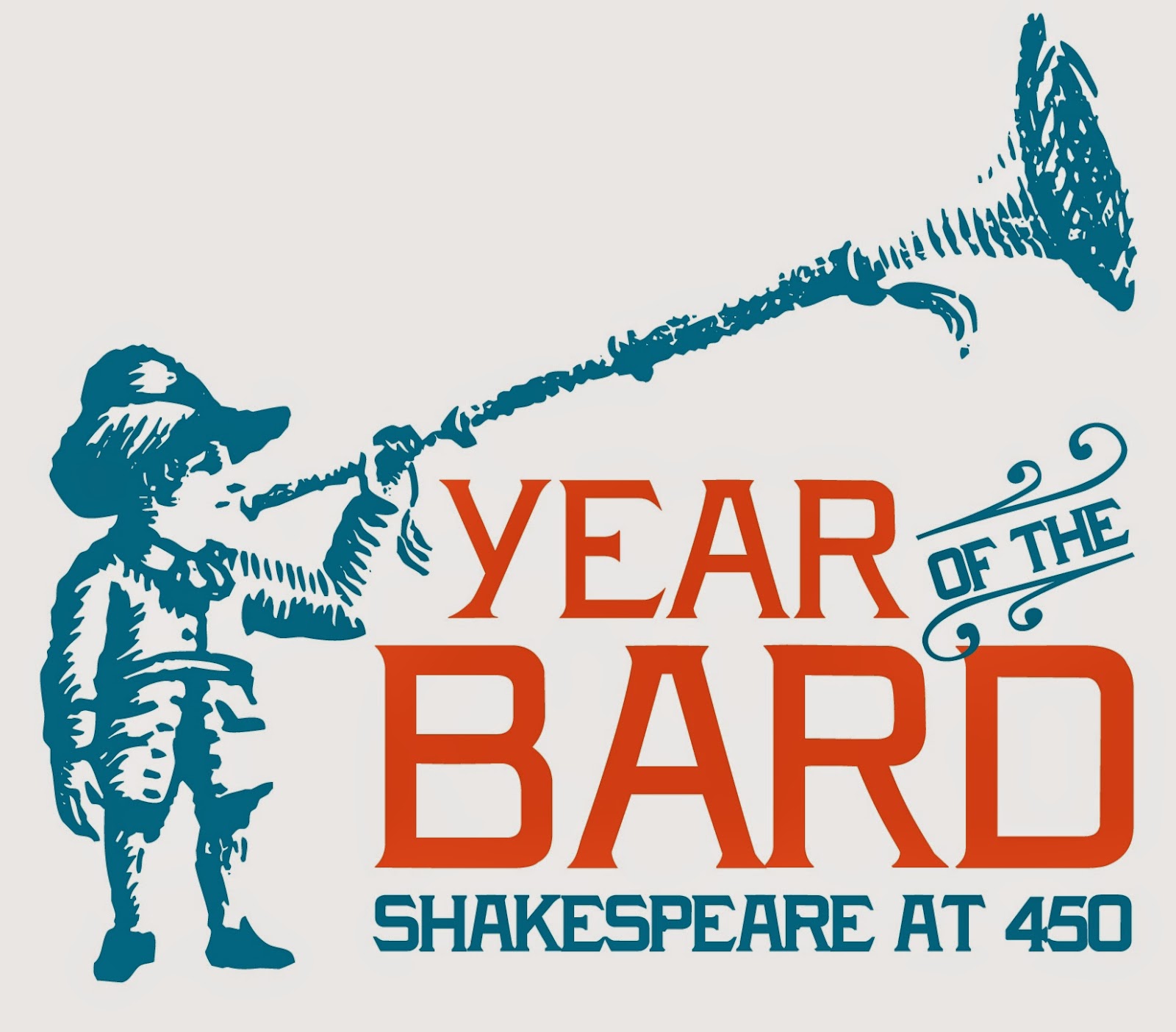 You are also invited to Talk Like Shakespeare or take an online quiz that illustrates how current the Bard is.

The Newberry Library exhibit is open till June 21; it includes a look at their First Folio as well as an annotated script of Henry V with notes from Chicago Shakespeare's Barbara Gaines on the production of Henry V that started it all for that theater in 1986.

One of the more intriguing pieces of information that's emerged in the wake of the Shakespeare 450 celebrations is the purported discovery of Mr. Shakespeare's own dictionary by two antiquarian booksellers. George Koppelman and Daniel Wechsler bought a copy of John Baret's An Alvearie or Quadruple Dictionarie, published in London in 1580, on eBay in 2008. Since then, the two booksellers have been examining the annotations in the book, which they believe are strongly linked to Shakespeare's work and even his creative process. The result of their work is a book of their own, Shakespeare's Beehive: An Annotated Elizabethan Dictionary Comes to Life, which is available in hard cover and ebook editions. 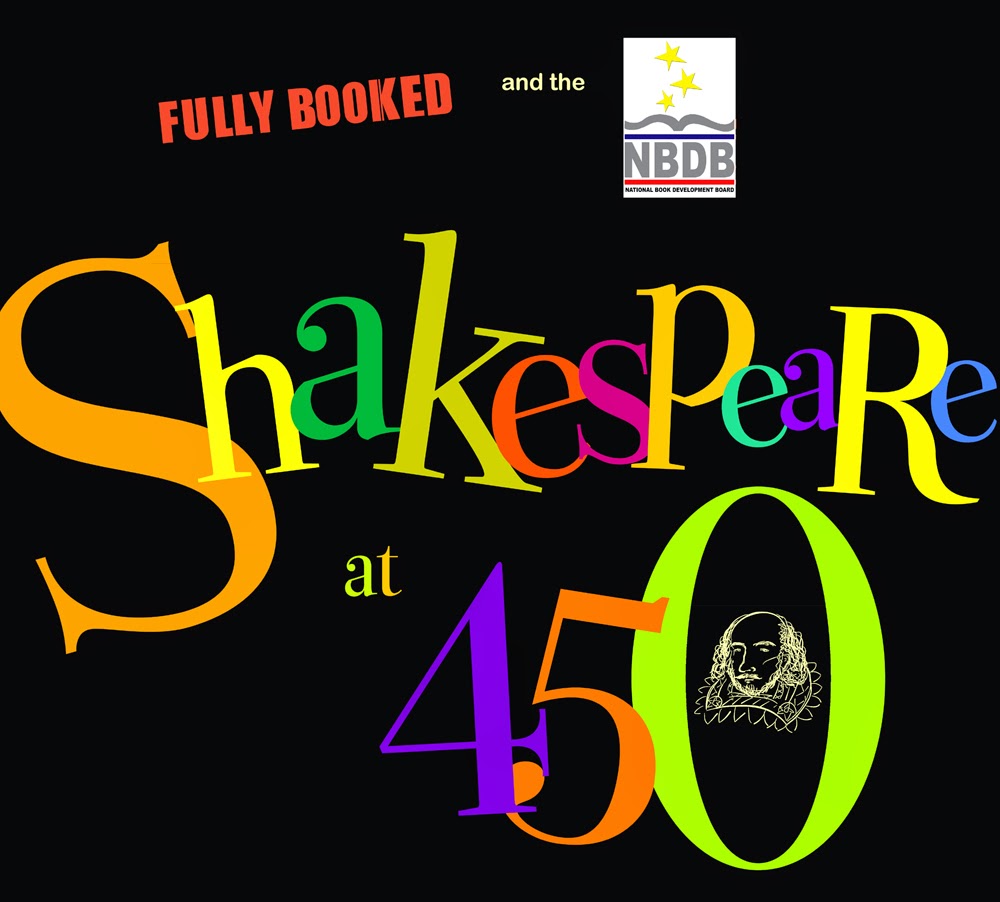 Scholars will no doubt be buzzing about (and disputing) their claims for years, but the book itself is certainly interesting. The Atlantic, the Guardian and the Telegraph have weighed in. We await word from the Folger Library and other libraries and institutions who will have their say sooner or later. In the meantime, for the Folger's blog, Michael Witmore and Heather Wolfe have detailed how the Alvearie and its marginalia will be studied and examined as its authenticity and Koppelman and Wechsler's conclusions are tested. 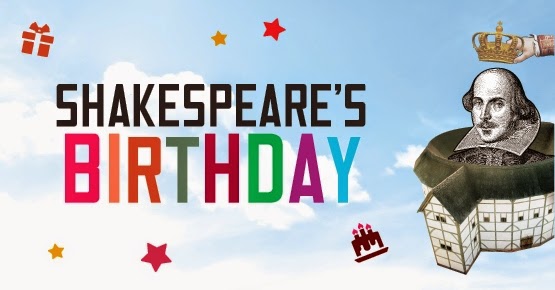 Email ThisBlogThis!Share to TwitterShare to FacebookShare to Pinterest
Labels: Shakespeare