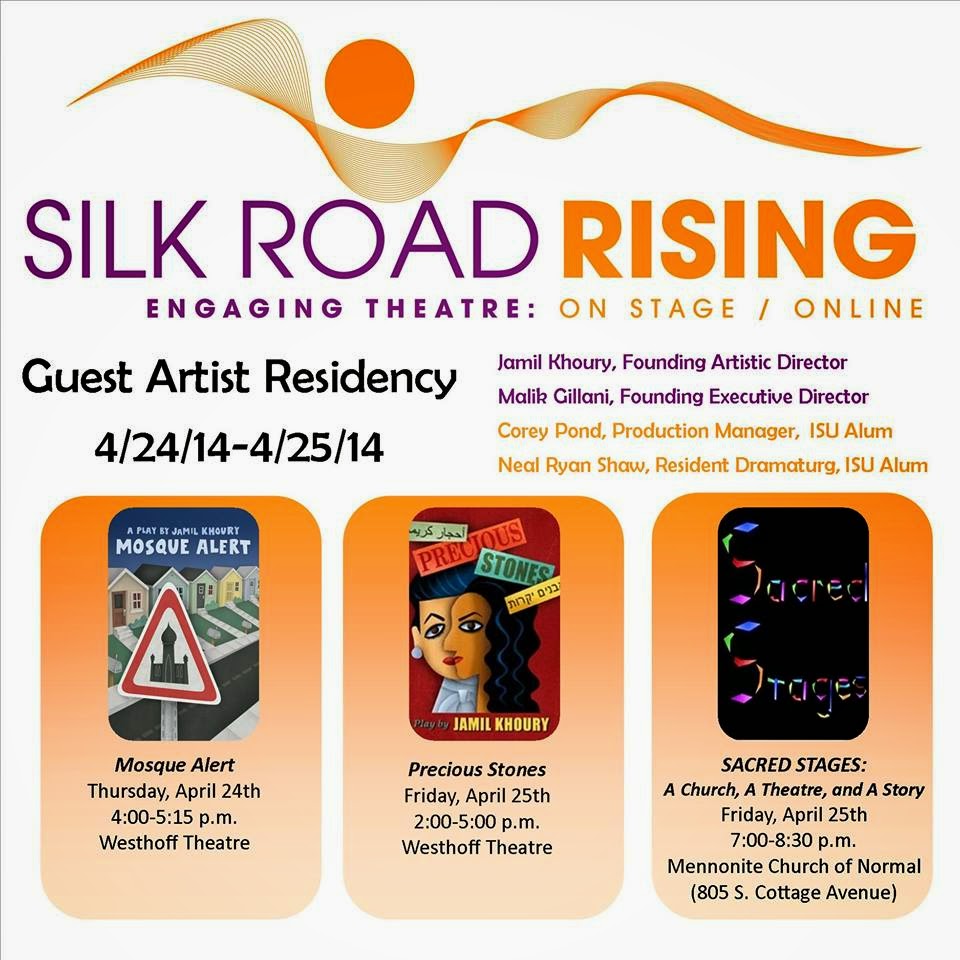 Speaking in a video about the Silk Road company and its goals, Gillani says, "In representing communities that intersect and overlap, we are advancing a polycultural worldview." That view is on display in each of the three pieces these artists are bringing to Bloomington-Normal, with Mosque Alert, a video play about the conflict that arises among neighbors when a mosque is built in their town, set for Westhoff Theatre on Thursday, April 24, beginning at 4 pm; Precious Stones, a stage play that focuses on a love story between two women -- one Muslim and one Jewish -- trying to find common ground as battle rages in the Mideast, scheduled at 2 pm on Friday the 25th in Westhoff Theatre; and Sacred Stages, a film that tells the story of Silk Road Rising's relationship with the First United Methodist Church at the Chicago Temple. Fittingly, Sacred Stages will be shown in a church -- the Mennonite Church of Normal on Cottage Avenue -- on Friday at 7 pm.

Discussions will follow the films Mosque Alert and Sacred Stages, and all three events are free and open to the public. For more information, click here to see the Redbird Story or visit ISU's School of Theatre Facebook page.
Posted by JulieK at 2:48 PM