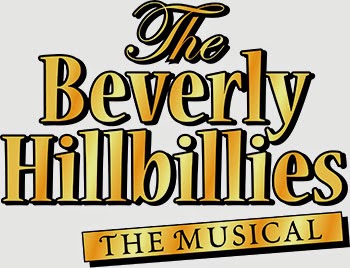 If you're over 50, you might just have been a Beverly Hillbillies fan when you were a child. Now this sweetly old-fashioned fishes-out-of-water, naifs-in-the-city comedy may seem hokey, but between 1962 and 1971, when it aired on CBS, The Beverly Hillbillies was a major hit, with a hit theme song to boot.

Even if you've never seen an episode of The Beverly Hillbillies and you missed the 1993 movie remake, you can get the whole backstory from the theme song, "The Ballad of Jed Clampett," which was performed by the fabulous Lester Flatt and Earl Scruggs.

Come and listen to my story
'Bout a man named Jed
A poor mountaineer,
Barely kept his family fed.
And then one day
He was shootin' at some food,
And up through the ground cme a-bubblin' crude.

Well the first thing you know,
Ol' Jed's a millionaire.
Kinfolk said "Jed move away from there."
Said "California's the place you outta be."
So they loaded up the truck
And they moved to Beverly.

And that right there is what you need to know about The Beverly Hillbillies before you go to see the new stage musical, called (appropriately enough) The Beverly Hillbillies -- the Musical, when it makes its world premiere next month at Theater in the Center in Munster, Indiana. Jed Clampett strikes oil and moves his clan -- his mother, Granny; his son, Jethro; and his daughter, Elly May, who loves "critters" -- to California, to a mansion with a cement pond (swimming pool) and lots of luxuries they don't know what to do with.

Beverly Hillbillies -- the Musical opens July 9 and plays till August 9, and it's being billed as a pre-Broadway tryout of sorts. It features music and lyrics by Gregg Opelka, who has composed nine musicals, most performed in Chicago, and book written by David and Amanda Rogers. David Rogers was a composer, lyricist, author and actor who passed away last year. He was nominated for a Tony Award in 1981 for a musical version of the novel "Flowers for Algernon" called Charlie and Algernonand he appeared in as an actor in the 1987 revival of the musical Broadway. Amanda Rogers is his daughter. His other daugher, actress Dulcy Rogers, is married to Diedrich Bader, the actor who appeared as Jethro in the 1993 movie. Whether that played a part in David Rogers' creating a musical version of the Hillbillies, I don't know. 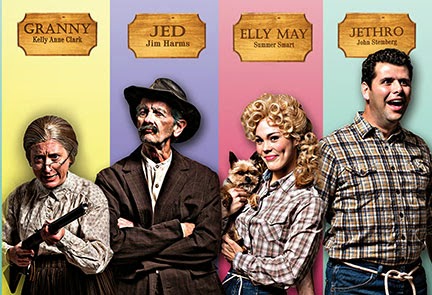 What I do know is that casting was announced back in May. According to Johnny Oleksinski in the Chicago Tribune, David Perkovich is directing a cast that includes Jim Harms as Jed, Kelly Anne Clark as Granny, Summer Smart as Elly May, John Stemberg as Jethro, Norm Boucher as Mr. Drysdale and Holly Stauder as Mrs. Drysdale. No mention of Jane Hathaway, the uptight bank aide who has a hankering for Jethro. That role was played by Nancy Kulp on TV and Lily Tomlin in the movie.

And Granny was, of course, played on television by Irene Ryan, who gave her name to the prestigious college acting award and scholarship program.
Posted by JulieK at 11:21 AM