ISU's Owais Ahmed Opens in THE QUALMS at Steppenwolf Next Week 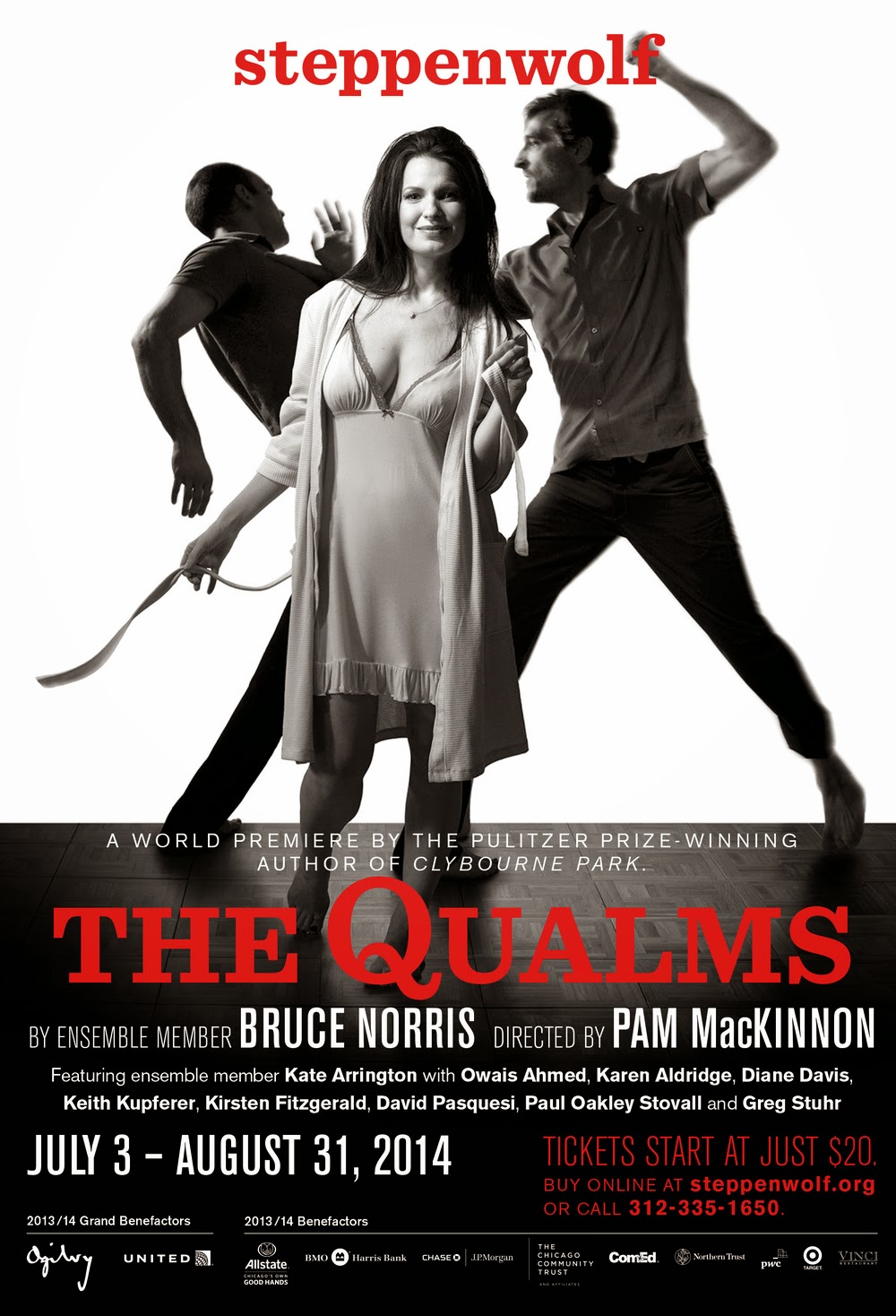 It hasn't been that long since Owais Ahmed was playing Anon in Illinois State University's production of Naomi Iizuka's Anon(ymous). Ahmed has not only moved to Chicago, he's moved on to Steppenwolf Theatre, where he will be part of the ensemble in a new play by Bruce Norris called The Qualms.

Norris won a Pulitzer Prize for Drama for Clybourne Park, a sort of reimagining and revisiting of A Raisin in the Sun, Lorraine Hansberry's 1959 classic about racism, real estate and the dream of making a home in Chicago. Clybourne Park also picked up the Tony for Best Play for its Broadway production and the Olivier and Evening Standard awards for Best Play for its London run.

The Qualms takes him into new territory as he focuses on a group of what used to be called "swingers." This bunch gets together regularly to eat, drink and be merry, including getting high and swapping partners. That's all fine and dandy until a new couple tries to enter the festivities, changing everything. Steppenwolf characterizes the show as a "delightfully wild and sexy comedy," asking the theatrical questions, "Does sex ruin everything? And what is the purpose of monogamy?"

The Qualms is directed by Tony winner Pam MacKinnon, a member of the Steppenwolf ensemble who also directed Clybourne Park in its Broadway, Playwrights Horizon and Mark Taper Forum productions. MacKinnon won her Tony for directing Who's Afraid of Virginia Woolf on Broadway in 2012.

Opening night for The Qualms is Thursday, July 3, with performances continuing through August 31. For more information or to purchase tickets, click here.