This year's Summer Showcase uses the theme "Life's Roles," showing a sample of the many roles each actor plays in life and on the stage. To explain how Young at Heartland is working with that theme in this year's pieces, Program Director Ann White quotes from Shakespeare's As You Like It. She reminds us that "All the world's a stage" and "One man in his time plays many parts." 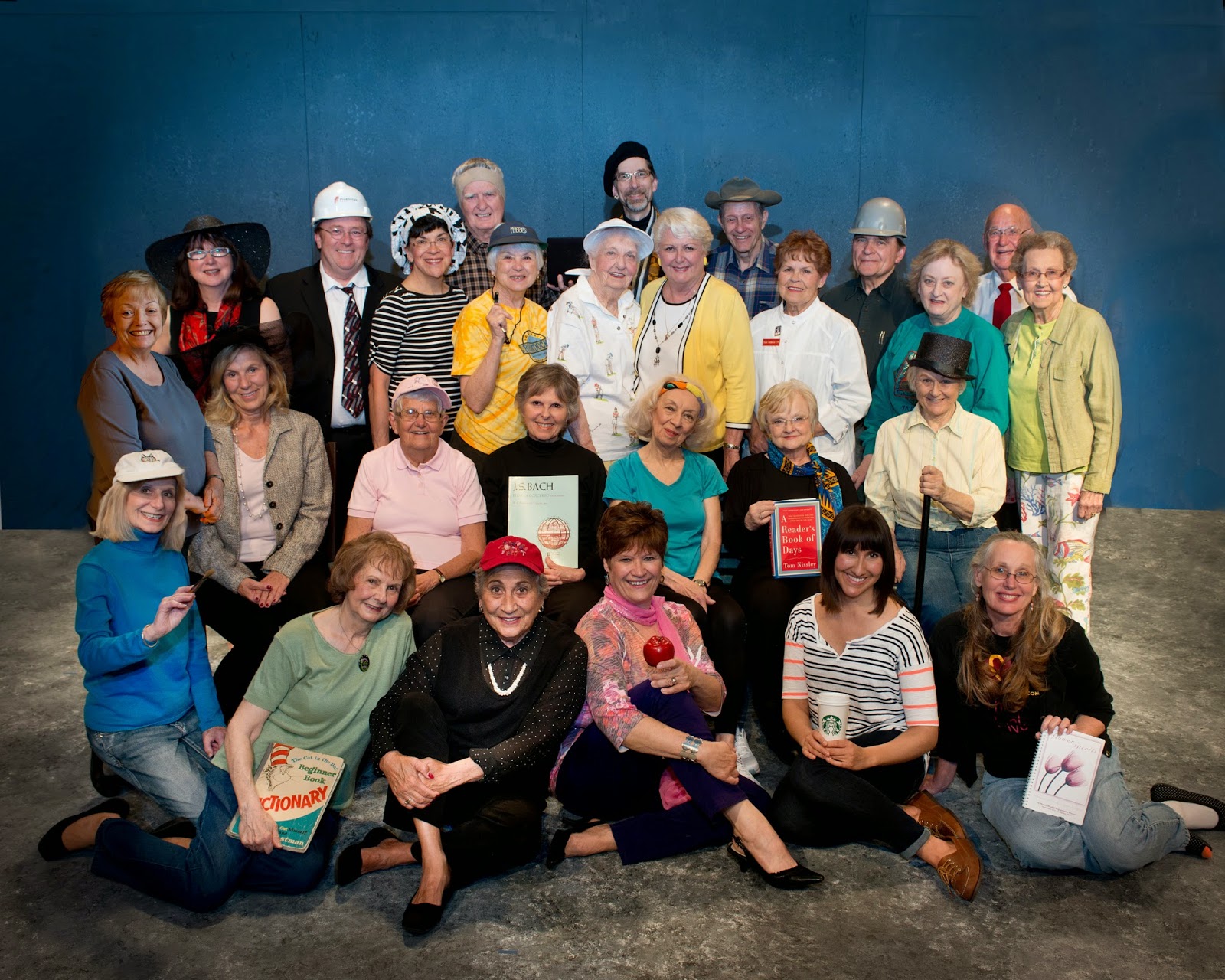 Instructors for this spring's acting workshops have been Sarah Salazar, Adjunct Professor at Bradley University's School of Theatre, and Kathleen Kirk, an actress, playwright and poet who frequently works with Heartland Theatre. Kirk will be directing Heartland Theatre's September production of Julia Cho's The Language Archive. In the image of the Young at Heartland troupe shown above, Salazar and Kirk are seen in the first row on the far right, while YAH Program Director Ann White is second from the left, also in the first row.

Young at Heartland's Summer Showcase performances are scheduled for Friday, June 20th at 1 pm and Wednesday, June 25th at 7:30 pm. This is the first time YAH has added an evening performance. Since the matinee has so often been a full house, the evening performance will provide another option to get a seat.

Both performances are offered free of charge, although donations will be accepted to help defray program expenses. No reservations are taken so first come first seated.

This year's program includes the following pieces and actors:

On Golden Pond by Ernest Thompson
Cast: Kathy Clesson and Ann B. White

The Majestic by Michael Sloane
Performed by: Larry Eggan

Let's Go to the Movies by Terri Ryburn
Performed by: Carol Baker and Lynda Straw

“Tandem” from All I Really Need to Know I Learned in Kindergarten by Robert Fulghum
Performed by: Natalie Dugan