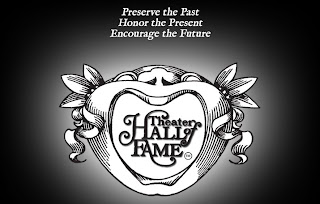 The Theater Hall of Fame will induct eight more honorees tonight at New York's Gershwin Theatre and celebrate the new Hall of Famers at a Gala Dinner at the Friar's Club.