Jumping the gun? Or jumping on "Annie Get Your Gun"?

Community Players has announced their next season, starting with the Irving Berlin classic "Annie Get Your Gun," the musical riff on the life and romance of Wild West sharpshooter Annie Oakley. Look for auditions in May, with performances scheduled from July 8 to 24. 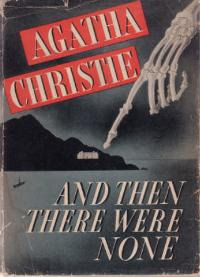 They'll follow the musical with a straight show, Agatha Christie's "And Then There Were None," where a group of seemingly unrelated people gather at a remote island estate, only to be picked off one by one, with each death echoing a nasty children's rhyme. Where is their host? Who wants each of them dead? Can anyone escape the relentless killer? "And Then There Were None" is set for September.

Next up, CP offers "Do Patent Leather Shoes Really ReflectUp?" in November. This musical look at growing up Catholic features music and lyrics by James Quinn and Alaric Jans and book by John R. Powers.

Finishing out 2011 will be "Murder at the Howard Johnson's," a farcical play about a homicidal love triangle that heats up and breaks down in the same motel room. Written by Ron Clark and Sam Bobrick, "Murder at the Howard Johnson's" has been a staple of regional theaters since it first hit the boards in 1979. It's a "lab theatre" choice for Community Players, meaning there's no preview, only a few performances, and it is not included in the season ticket package.

John Logan's "Hauptmann," CP's choice for January, is a dramatic departure, telling the story of Bruno Hauptmann, charged with The Crime of the Century, the kidnapping and murder of the Lindbergh baby in 1932. Did he do it? Logan leaves that open to the audience to decide, as Hauptmann himself steps forward to tell his story.

"Blithe Spirit" blows into the theater in March. Noel Coward's breezy comedy involves Charles Condomine and his two wives, one real, one ghostly, and the off-the-wall séance conjured up by a psychic named Madame Arcati. When "Blithe Spirit" was recently revived on Broadway, Angela Lansbury played the wacky medium. Community Players won't have Lansbury, of course, but it's still a showstopper of a role for an actress of a certain age.

The Broadway poster for "You Know I Can't Hear You When the Water's Running" proclaims it is "howlingly funny" and "a smash hit." You can judge for yourself when these four unrelated one-acts written by Robert Anderson come to Community Players at the end of March, 2012. This, too, is part of CP's "lab theatre project," so remember, no preview, fewer performances, and it's not part of your season ticket. 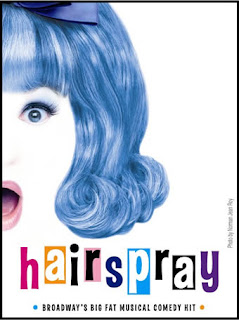 "Hairspray," the bright, bouncy musical version of the John Waters' movie about teens, pop music, love across boundaries, and big hairdos in Baltimore in 1962, finishes up CP's 2011-12 season with performances in May. The stage musical boasts music by Marc Shaiman, lyrics by Shaiman and Scott Wittman, and book by Mark O'Donnell and Thomas Meehan. It won eight Tony Awards when it hit Broadway in 2002 and ran for more than 2500 performances.

For more information or to look into applying for a position with Community Players in its new season, visit their website here. Before we get to those shows, you can also buy tickets to "The Solid Gold Cadillac" and "Titanic," the remaining shows in the current season.
Posted by JulieK at 1:06 PM