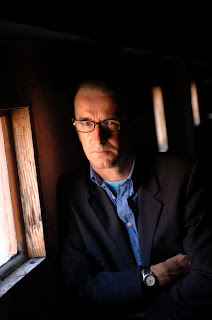 When Actors Theatre of Louisville announced last February that artistic director Marc Masterson was leaving to take a post at South Coast Rep in California after 11 years at the helm, the general reaction was surprise. After all, heading up Actors Theatre and its attendant Humana Festival of New American Plays is a pretty plum job in the world of American theater.

Although it may seem strange for someone taking over such a prominent festival of new American plays, Waters actually hails from England, where he earned a BA at Manchester University and worked with theaters like the Bristol Old Vic, Hampstead Theatre Club, Joint Stock Theatre Group, the National Theatre, Royal Court Theatre and Traverse Theatre Club. He also won an Edinburgh Fringe First award.

Actors Theatre tells us that Waters is officially taking over the position of artistic director on January 9th and he will be in Louisville full-time starting at the end of March. Or, just in time for the 2012 Humana Festival!
Posted by JulieK at 10:06 AM