One Night Only: New Route Offers Sam Shepard and His DUI in "Fat Jack's"

Yes, Sam Shepard, the playwright/actor/craggy icon of American manhood, really did get busted for speeding and driving under the influence in Normal, Illinois, in January, 2009. That's his mug shot over there on the left.

Shepard was apparently taking a trip from his home in Minnesota to somewhere in Kentucky, and he stopped in Normal to pass the time at a bar called Fat Jack's. Reports were that Shepard had made friends with a bartender there and liked to knock back a few and converse with his bartender pal whenever he drove through the area.

It seems like a situation rife with drama and yet no one had, to my knowledge, written a play about it until ISU English Department faculty members Joe Amato and Kass Fleisher decided to put something together for our local New Route Theatre. Sam Shepard seems like the logical person to have written it, honestly, what with the issues involved in a famous playwright on a road trip, a small-town bar far away from his home, drunkenness, and a Best Western motel. It's "True West" meets "Fool for Love" with a little "Buried Child" on the side. I'm guessing that Shepard sensibility of manly alcohol abuse, loneliness and poor decision-making informs Amato's and Fleisher's play. How could it not? 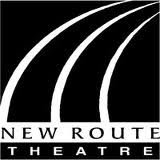 At any rate, this new work, called "Fat Jack's," just like the bar Shepard was drinking in that night, will be performed one night only, at the downtown-Bloomington Eaton Gallery under the auspices of New Route Theatre and its "One Shot Deal" series. Doors open at 6:30 for a 7 pm performance.

You are promised a "phenomenal cast" for this event, featuring Angela Haas as Cosmo. "Fat Jack's" is directed by Irene Taylor for New Route.
Posted by JulieK at 10:44 AM