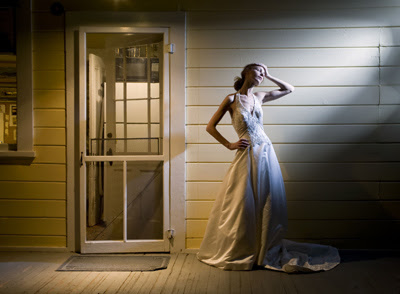 Not only is Heartland Theatre Company's 10th annual take on its popular 10-Minute Playfest opening this week, but seven -- yes, SEVEN -- of the eight winning playwrights are scheduled to be in attendance to see their work on stage in Bloomington-Normal.

The playwrights are invited every year with three or four usually making the trek to B-N to see how their plays play in Heartland Theatre Company's intimate surroundings. I believe an Australian playwright even came to see his play one year! But this year, seven of eight are coming out to Heartland.

To refresh your recollection, this year's eight winning playwrights are:

Andrew Bailes of Gainesville, Florida, a winner with WHEN SHE DANCED, a sweet father-and-son play where the dad relates the story of how a long-ago Neil Young concert changed his life.

Bruce Boeck of Normal, Illinois, a former winner back again with CRICKETS, about a husband and wife sorting through their feelings immediately after their daughter's wedding.

Teesue Fields from Floyd Knobs, Indiana, who wrote COLORED ENTRANCE AROUND BACK, a compelling historical play about a black woman applying for a position as maid in a white woman's household in the 50s.

Christopher Lockheardt of Andover, Massachusetts, with BEDTIME STORY, a poetic piece about a man and woman who once meant something to each other. But times have changed since he once made up stories to help her sleep, and Happily Ever After may just be forever out of reach.

Jerry McGee, from Brooklyn, New York, author of HOW TO WEED YOUR GARDEN, a comedy involving three older women, a mysterious cake recipe, too many candles and way too many weeds.

Thomas Mollica, of Milwaukee, Wisconsin, with a memory play called TOO MANY AIR CONDITIONERS. Grandma thinks life was lovely back in the days before air conditioning sent everybody inside all summer long. Just how accurate are her recollections?

Joe Strupek, from Bloomington, Illinois, the second local winner, with DON'T FORGET TO PLAY MY NUMBERS. This one is a touching look at one father's advice, involving baseball, dogs, cabbage rolls, and the lottery we call life.

Heartland's 10-minute play festival is a very popular endeavor, so you should definitely make your reservations now if you haven't already. Each of these playwrights except Bray (at the time I wrote this, anyway) had committed to attending on opening weekend. Thursday, June 9 is "Pay What You Can" night, and Saturday, June 11 features a special reception for Playfest sponsors Deanna Frautschi and Paul Bedell.

Later in the run, on Sunday, June 26, the first-round judges will offer their thoughts on the process in a post-show discussion open to the public. That panel of first-round judges includes me, which is why I can give you plot summaries of all the plays (above)! I can also tell you they are a very good crop of plays this year, and I found it very interesting that "back porch" seemed to translate to memories, ghosts, eminent domain, sibling rivalries, kissing and astronomy to so many playwrights. The prominence of rocking chairs and lemonade was less surprising. One judge fell in love with a play about poultry, of all things, even though that one didn't end up making the cut. But you can hear more about all of that if you come for the post-show discussion on June 26th.