Get Ready for the TONY AWARDS! 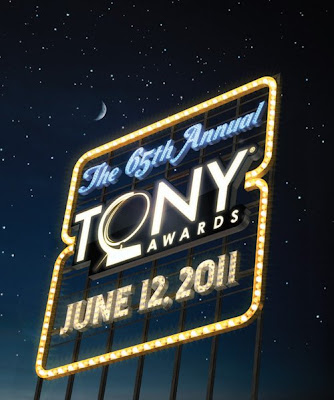 I used to be all about the Oscars. And then I saw my first Broadway show. It was "Nine," it was on a Monday night, Tommy Tune's off-night from "My One and Only," and he sat right in front of me at "Nine." Next I saw "Sunday in the Park with George." After that, after I was writing romance novels and taking trips to New York fairly often to see my agents and editors, I became pretty addicted to Broadway shows and the Tony Awards that recognize the performers, musicians, designers, directors, choreographers and producers who create them.

Although they are now officially called The American Theatre Wing's Tony Awards®, they started out as the Antoinette Perry Awards for Excellence in Theatre, honoring Mary Antoinette Perry, an actress and director who'd co-founded the American Theatre Wing. She died in 1946, and the first Tony was handed out in the Grand Ballroom of the Waldorf Astoria hotel on Easter Sunday, April 6, 1947. That year, honorees included Ingrid Bergman for "Joan of Lorraine," José Ferrer for "Cyrano de Bergerac," Helen Hayes for "Happy Birthday," Fredric March for "Years Ago," and David Wayne for "Finian's Rainbow," with Kurt Weill winning for composing the music for "Street Scene." Agnes de Mille ("Brigadoon") and Michael Kidd ("Finian's Rainbow") shared the award for choreography, while Arthur Miller and Elia Kazan took home awards for writing and directing "All My Sons."

Pretty heady stuff for the first year! But also proof that movie stars coming to Broadway and scooping up Tonys was happening right from the beginning, what with Ingrid Bergman and all. (Bergman was also on Broadway in 1940 in a play called "Liliom," but she was lured to Hollywood by the movies, after several Swedish films and then "Intermezzo" in the US in 1936. She counts as a movie star to me -- for "Casablanca," if nothing else -- well before her Tony for "Joan of Lorraine.")

This year, I haven't seen the big nominees, like "Book of Mormon," created by the South Park guys (Trey Parker and Matt Stone) and the co-composer/lyricist of "Avenue Q" (Robert Lopez), nominated for 14 Tony Awards, or "The Scottsboro Boys," with 12 nominations, including the Kander and Ebb score, David Thompson's book, and Susan Stroman's direction and choreography. Other shows which did well in nominations include the Roundabout's revival of "Anything Goes," with 9 nominations; the Harry Potter version of "How to Succeed in Business Without Really Trying," with 8; "The Merchant of Venice" that put Al Pacino back in the role of Shylock, with 7; Jez Butterworth's "Jerusalem," with 6; and Stephen Adly Guirgis's "The Motherf***er With the Hat," which may present issues on title pronunciation on the live awards show, with 6 nominations.

Pundits are expecting "Book of Mormon" to carry off quite a few trophies, including Best Musical, with Nick Stafford's "War Horse" (which is, yes, about a horse that goes to war) a popular choice for Best Play, although Guirgis's "Motherf***er" may just be the dark horse that can nip "War Horse" at the finish line. (And I'm really sorry I stretched that metaphor.)

"Anything Goes" is the favorite to win Best Revival of a Musical, along with star Sutton Foster as Best Performance by an Actress in a Leading Role in a Musical, while Larry Kramer's emotional play about the beginning of the AIDS era, "The Normal Heart," will battle it out for Best Revival of a Play. Some folks think the Roundabout's "The Importance of Being Earnest" or the Public Theater's "Merchant of Venice" will sneak by, but I'm betting on "The Normal Heart," and keeping my fingers crossed for Joe Mantello for Best Performance by an Actor in a Leading Role in a Play, even though that is one stacked category.

Brian Bedford ("The Importance of Being Earnest"), Bobby Cannavale ("The Motherf***r With the Hat"), Al Pacino ("The Merchant of Venice") and Mark Rylance ("Jerusalem") are the other contenders, and every one of them is possible. Rylance has been the most talked about as the winner, but Cannavale just took the Drama Desk Award in that category. And I would never count out Pacino or Bedford on general principles. I don't care -- I'm still rooting for Joe Mantello!

And as for the rest... I want to see Laura Benanti win Best Performance by an Actress in a Featured Role in a Musical for her role in the "Women on the Verge of a Nervous Breakdown," a hotly anticipated show that really wore out its welcome quickly. But Benanti, a beautiful actress with an even more beautiful voice, was the sole stand-out in a lot of reviews, and I want that award for her. I've still got her "Unusual Way" on repeat on my iPod, even though that revival of "Nine" was eight years ago.

And I am also rooting for Judith Light ("Lombardi") to win the Best Performance by an Actress in a Featured Role in a Play. I don't know a thing about the play, but I do know the other actresses in the category are all terrific in their right. Still, I love Judith Light from her "One Life to Live" days, and now that "OLTL" is in its last days, it would make me happy to see Light on stage with a Tony medallion.

In the end, though, it really doesn't matter who wins, at least not to those of us who watch at home and didn't sing, dance, act, direct, produce or design a single thing in any of these shows. But the Tony Awards are almost always a good show all by themselves. With Neil Patrick Harris hosting and performances expected from Sutton Foster, Norbert Leo Butz and Aaron Tveit, Daniel Radcliffe and John Laroquette, Patina Miller, Andrew Rannells, and Joshua Henry, the 65th Annual Tony Awards promise to be a very good show. I'm still wearing a boot from recent foot surgery, but I'm going to put on a decent dress and get out the champagne glasses for this, anyway. Nobody better call me between 7 and 11 Central time on Sunday, June 12. I'm busy! 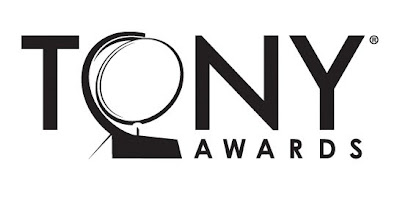