June Busts Out All Over This Weekend

So you already know about the Young at Heartland Summer Showcase on Friday at 1. And, of course, Heartland's 10-Minute Play Festival, including "Back Porch" pieces from Bloomington-Normal's own Joe Strupek and Bruce Boeck, continues its run this weekend, including a panel discussion with the playwriting contest's judges after Sunday's matinee.

"Complete Works," directed by Bill Jensen and starring Festival favorites David Kortemeier and Tom Quinn, opens tonight, with "Romeo and Juliet," directed by Doug Finlayson, taking the stage at Ewing Manor tomorrow. Both shows, along with "The Winter's Tale," opening in July, will continue in repertory through early August. This year, the ISF is also offering all kinds of backstage tours, a "Twelfth Night" for kids, and a bunch of different pre-show options in the lovely courtyard space. And it all starts tonight!

Also in town, there is a band concert and ice cream social scheduled for Franklin Park tonight at 6; "Seussical," the 2011 High School Summer Theatre musical under the auspices of Normal Parks & Rec, continues at the Connie J. Link Ampitheatre, with performances tonight through Sunday; the Normal Theater offers a mini-Elizabeth Taylor film fest, with "National Velvet" tonight and tomorrow and "Cat on a Hot Tin Roof" Saturday and Sunday; and the Children's Discovery Museum in Normal launches a "Potterpalooza" on Friday to celebrate everything Harry Potter. 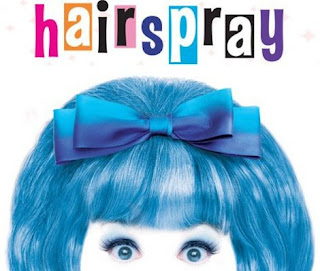 Over in Champaign-Urbana, a fun and fizzy production of "Hairspray," the Broadway musical that reminds us all that we can't stop the beat, continues at the Station Theatre*; the Champaign-Urbana Theatre Company finishes up its run of "West Side Story" on the Parkland College stage; and the University of Illinois Summer Studio Theatre offers one "QED" and three performances of "[title of show]" over the weekend at Krannert Center for the Performing Arts.

All of that means you have plenty of options for entertainment tonight through Sunday. And I may even see you out there if you happen to choose the same ones I do!

*I noticed on the Station's Facebook page for "Hairspray" that this show is sold out for most of its run, with tickets still available only for their July 2 and 8 performances. So if you want to see that one, you'd better act fast and be open for July 2 or 8!
Posted by JulieK at 12:18 PM