The Morning After the Tonys 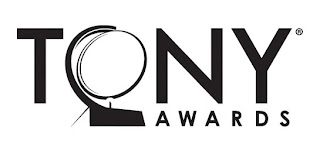 What a great show! I will be honest -- I am completely and totally biased in favor of performers I like, which means I can root for them with all my heart and be very disappointed if they don't win their categories, even if I have seen none of the nominated performances. So, no, my three favorites (Laura Benanti, Joel Grey and Joe Mantello) went away empty-handed. And that did not interfere with my enjoyment of the evening all that much. Go figure.

Highlights for me were the Neil Patrick Harris/Hugh Jackman "Anything You Can Do" battle (they were both awesome in a number that included bits of various songs, arranged by Michael John LaChiusa and Patrick Vaccariello*); the tap-tastic number from "Anything Goes" featuring wonderful Sutton Foster, who won her second Tony last night for that role, dancing Kathleen Marshall's effervescent choreography, another Tony winner; "Side by Side" from the New York Philharmonic concert version of "Company," with the entire cast showing up and showing off; and the Lin-Manuel Miranda closing number, performed by Neil Patrick Harris, which recapped the evening, including key moments from acceptance speeches, in rap.

Most Enticing: "Anything Goes." The Tony broadcast has turned into a big advertisement, more about promoting shows to possible ticket-buyers than celebrating the best performers from the previous year. In that respect, "Anything Goes" was a clear winner for me, making me want to buy a ticket on an airplane and get to NY to see that show. In contrast, "How to Succeed in Business" and "Sister Act" looked frenetic and strained, "War Horse" and "Jerusalem" didn't really pull me in, and "The Book of Mormon," the night's big winner, seemed pretty darn ordinary, judging by the number we saw. Others that seemed more appealing include "The Scottsboro Boys," which has closed, so I'll have to catch it when it tours, and Larry Kramer's devastating "The Normal Heart" in its new production.

Best winner: Sutton Foster. She's just so darn talented. She really didn't need another Tony, since now I know she has Bobby Cannavale at home, but hey, she still deserves it for taking on an iconic character like Reno Sweeney and creating a whole new, workable, wonderful persona. Honorable mentions: John Benjamin Hickey, always so good in understated roles, getting his due for "The Normal Heart," and the lovely bumblebee from "The Book of Mormon," Nikki M. James, bubbling over with excitement about winning a Tony.

Worst winner for me: It's not about the role (I'm sure she's very good) but about the way she looked. Come on, Frances McDormand. You didn't just roll out of your high school history class 2nd period in 1972. Comb the hair, ditch the jean jacket, and act like you are honored to be honored. Runners-up: Mark Rylance, another brilliant actor who seems to get weird and icky when somebody threatens to give him an award.

Biggest disappointment: Well, the fact that they hide the Creative Arts awards will never not be a HUGE disappointment, especially when they had a live stream of the red carpet an hour before the show, and then closed it down and left us hanging for a half hour while they were handing out awards inside. There's just no excuse for that. Take the camera inside and give us a shaky, off-balance, hard-to-hear, iPhone video if you have to. If you can stream the red carpet, you can stream the Creative Arts awards and give Athol Fugard and Chicago's Lookingglass Theatre their prizes on TV, too.

I also wasn't crazy about either of Brooke Shields' appearances. In short, she was a mess both times they gave her an opportunity for face time. So let's retire Brooke Shields as a Tony presenter/performer/anything, okay?

Aside from those issues, I thought it was a very fun, breezy show that made Broadway look like a place we should all be camping out. I'm ready. I need to get there before Joel Grey leaves "Anything Goes," after all.

*Thanks to my friend Jon Alan Conrad for tracking down who was responsible for what. We guessed Marc Shaiman for the opening number. We were wrong. We guessed Lin-Manuel Miranda for the finale. We were right. We had no guess for the middle, but Jon found the answer by rewinding, apparently, and watching the credits instead of Neil Patrick Harris performing under them.
Posted by JulieK at 12:08 PM