ATCA Theatre Hall of Famers for 2013

The American Theatre Critics Association has chosen its Theater Hall of Fame honorees for 2013, with actors Ellen Burstyn and Cherry Jones, designer David Hays, director Jerry Zaks, playwright Lorraine Hansberry, multi-hyphenates Lynne Meadow and George C. Wolfe, and producer Cameron Mackintosh in this year's class of inductees. This is the 43rd year for the Theater Hall of Fame, which honors Lifetime Achievement in the American Theater. This year's celebration will take place at the Gershwin Theatre on January 27, 2014.

Ellen Burstyn is probably best known for her film appearances. She has been nominated for an Academy Award six times, winning as Best Actress in 1975 for Alice Doesn't Live Here Anymore. She won a Golden Globe in 1979 for the film version of Same Time Next Year, for which she also won a Tony, and Emmys in 2009 and 2013 for a guest spot on Law & Order: SVU and her role as the matriarch of a powerful political family in Political Animals. Burstyn made her Broadway debut in 1957 with Fair Game, returning from time to time, including Same Time, Next Year in 1975 and Picnic earlier this year. 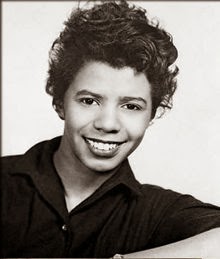 Lorraine Hansberry (1930-1965) was the first female African-American playwright to see her work on Broadway. Her seminal work, A Raisin in the Sun, opened at the Ethel Barrymore Theatre in 1959, and was revived in 2004 with a cast that included P. Diddy, Phylicia Rashad and Audra McDonald. It will be back on Broadway next year in a production set to star Denzel Washington and Diahann Carroll. A Raisin in the Sun also spawned a musical called Raisin and inspired new plays Clybourne Park (a Pulitzer Prize winner) by Bruce Norris and Beneatha's Place by Kwame Kwei-Armah. Hansberry's other plays include The Sign in Sidney Brustein's Window and Les Blancs. When she won the Best Play award from the New York Drama Critics Circle for A Raisin in the Sun, she was the youngest American playwright to receive that honor. 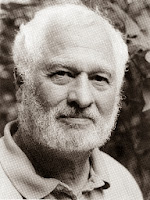 David Hays is a scenic and lighting designer with an extensive resume including the original Broadway production of Long Day's Journey Into Night in 1956 and revivals of Dinner at Eight, Saint Joan, The Miser, and Cyrano de Bergerac. His scenic designs for The Tenth Man, All the Way Home, No Strings, Marco Millions and Drat! The Cat! all earned him Tony nominations. Hays also founded the National Theatre of the Deaf, serving as its artistic director as well as directing, producing and taking on administration of the theatre.

Cherry Jones is one of the most notable actresses currently on the American stage, with some 14 Broadway shows on her resume, including four Tony nominations and two wins in the Best Actress in a Play category. The Tony Awards came for her roles in The Heiress and Doubt, and she is currently appearing in The Glass Menagerie at the Booth Theatre, which may win her another one. On TV, she is best known as for her role as President Allison Taylor on 24, while her film credits include Cradle Will Rock and Erin Brockovich. 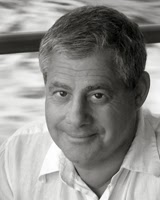 Sir Cameron Mackintosh is a producer extraordinaire, and the producer behind smash successes like Les Misérables, The Phantom of the Opera, Miss Saigon and Cats.He has won Tony Awards for his productions of Cats, Les Miz and Phantom, as well as revivals of Carousel and Swan Lake. The New York Times has described Mackintosh as "the most successful, influential and powerful theatrical producer in the world."

Lynne Meadow is the Artistic Director of Manhattan Theatre Club, a position she has held since 1972. Meadow has directed and/or produced over 450 New York and world premieres, with Tony Awards for producing Proof, Doubt and Love! Valour! Compassion! Her directing credits include Margaret Edson’s Wit, Donald Margulies’ Collected Stories, Charles Busch's The Tale of the Allergist’s Wife, and Alan Ayckbourn's A Small Family Business with Brian Murray and Woman in Mind with Stockard Channing. She is currently directing The Commons of Pensacola, a brand-new play written by actress Amanda Peet, starring Sarah Jessica Parker and Blythe Danner, now in previews and opening November 21. 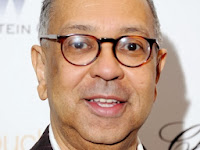 George C. Wolfe has won Tony Awards as a director  -- Angels in America: Millennium Approaches and Bring in 'Da Noise, Bring in 'Da Funk -- and as a producer -- Angels in America: Perestroika, Elaine Stritch: At Liberty, and Take Me Out -- and a Drama Desk Award for writing the Outstanding Book of a Musical, for Jelly's Last Jam. His direction of The Normal Heart and Millennium Approaches won more Drama Desks, and he picked up an Obie for directing Spunk, a collection of Zora Neale Hurston pieces. Wolfe was the producer of the Public Theatre/New York Shakespeare Festival from 1993 to 2005, and he most recently directed Lucky Guy, starring Tom Hanks. 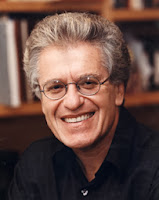 Jerry Zaks began his Broadway career as a performer, but by 1986 and The House of Blue Leaves, he had switched to directing. The House of Blue Leaves earned Zaks a Tony and a Drama Desk Award for his direction, and he won both awards again for Lend Me a Tenor, Six Degrees of Separation and Guys and Dolls. In addition to the four Tonys and four Drama Desk Awards, Zaks owns two Outer Critics Circle Awards, an Obie, and an NAACP Image Award nomination for his national tour of The Tap Dance Kid. He also directed the film Marvin's Room, which starred Meryl Streep, Diane Keaton and Leonardo DiCaprio, and all kinds of television episodes, from Frasier to Two and a Half Men. He is a founding member of the Ensemble Studio Theatre.
Posted by JulieK at 5:09 PM