TV's Dead List: IRONSIDE, LUCKY 7, WE ARE MEN, WELCOME TO THE FAMILY

ABC's Lucky 7, a limp drama about a group of lottery winners, was the first to get the ax. And then CBS yanked We Are Men, a sad show that featured interesting actors like Tony Shalhoub and Kal Penn doing absolutely nothing interesting. As bets swirled about which show would go over the cliff into TV oblivion next, NBC announced it was canning one cop drama in Ironside and one sitcom in Welcome to the Family. 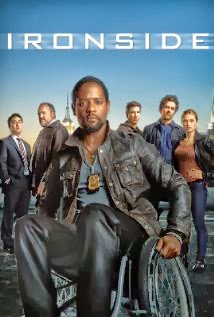 Something for everyone! Ironside was one of those strange revivals/remakes that pop up from time to time, as somebody inexplicably decides it's time to dig up an old show nobody really misses. I mean, my mom really liked the first Ironside -- she had a thing for Raymond Burr -- but I haven't heard anybody else mention that show since... Well, since it was canceled in 1975. Blair Underwood represented a new take on the old premise of a veteran cop injured by a sniper who leaves the force, acquires a wheelchair and puts together a special team to solve crimes. Underwood is younger and more handsome than Burr was when he played Ironside, not that viewers seemed to care, since they really didn't tune in to find out. And Ironside is off NBC's Wednesday lineup, replaced by a Chicago Fire spinoff called Chicago P.D.

There are so many new family sitcoms this season it's understandable that something like Welcome to the Family got lost in the shuffle. Welcome to the Family had an appealing cast, with Mike O'Malley (Kurt's dad on Glee), complete with the usual baseball cap, Mary McCormack (In Plain Sight), Justina Machado (Six Feet Under) and Ricardo Chavira (Desperate Housewives) as mismatched in-laws. But it wasn't enough to elevate this warmed-over version of Abie's Irish Rose. 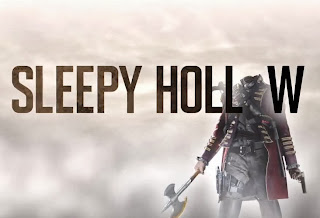 So far, no cancellations from Fox or the CW, but Fox has announced a full-season pickup for its hapless cop comedy Brooklyn Nine-Nine and a second 13-episode season for Sleepy Hollow, the supernatural drama that mixes Armageddon with Washington Irving's Headless Horseman. Okay, it actually ignores Washington Irving's Headless Horseman, going full-on Armageddon. Demons! Witches! Blood! Beheadings! Let's just say that this Sleepy Hollow feels much more like a remake of Highlander than anything to do with Irving or his Ichabod Crane. But it's been popular so far, and it'll be around for at least 13 more episodes next year.

Over at ABC, they've ordered a full season of the spy/superhero adventure Marvel's Agents of SHIELD, and CBS has done the same for The Crazy Ones, the Robin Williams ad agency sitcom, as well as Mom, an unfunny mess with Allison Janney as the sassy, trashy mom of a sassy, trashy daughter played by Anna Pharis, and The Millers, an even less funny mess that completely wastes the talents of Beau Bridges and Margo Martindale as the sassy, trashy parents of Will Arnett. 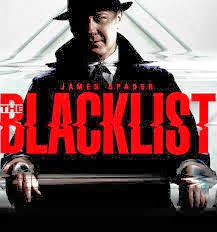 NBC has just one full-season order so far with The Blacklist, a James Spader vehicle about international crime and corruption that isn't afraid to get down and dirty. Spader stars as a megacriminal who turns himself in to work with the FBI -- or at least one pretty young FBI agent played by Megan Boone -- to take down the worst bad guys on the planet. I was on the edge of my seat during the pilot, which was certainly gripping and not afraid to put a child in jeopardy or torture its characters. But I'm afraid I'm not the right viewer for all that gore. Still, The Blacklist has clicked with viewers, and NBC has extended its order for a full season. And if somebody wants to clue me in on what the scoop really is on Elizabeth's husband when that's revealed well, I am curious, I admit.
Posted by JulieK at 2:56 PM