What's Up in October?

It's October 1. It's the 123rd anniversary of the designation of Yosemite as a National Park. But October 1 is also the day the Republicans in Congress decided to shut down the government, which means you can't see Yosemite Park at the moment. Happy birthday, Yosemite! Hope you survive till Congress decides to wake up and smell some sanity! 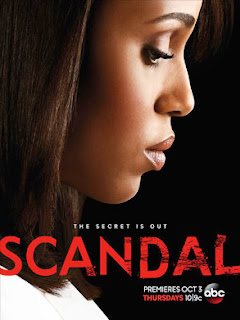 In the meantime, while the Theatre of the Absurd rages on in Washington (apologies to Absurdists everywhere for using their label this way) you do have other options to take your mind off that particular melodrama. There are all kinds of new television shows premiering and all kinds of old shows returning. If you are finished mourning the end of Breaking Bad, you can try Sleepy Hollow or Agents of S.H.I.E.L.D, the two early success stories (in terms of ratings, anyway) of the new fall season, or tune in to see what in the world Olivia Pope's dad is up to when Scandal returns on Thursday, October 3. If only Olivia could knock some sense into the House of Representatives...

If you'd like to venture out of the house, you can try Illinois State University's production of Spring Awakening, the angst-rock Broadway musical about kids, repression and raging hormones in turn-of-the-century Germany, which continues through October 5 at the ISU Center for the Performing Arts. Matthew Scott Campbell directs a cast led by Carlos Kmet, Colin Lawrence and Gloria Petrelli. 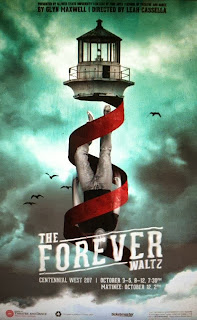 Next up at ISU is Glyn Maxwell's The Forever Waltz, a modern verse play inspired by the Eurydice and Orpheus story from Greek mythology. MFA candidate Leah Cassella directs Maxwell's play, called "surreal, electrifying and poetic" when it played off-Broadway, in ISU's Centennial West 207 space. Cassella's cast features Eddie Curley as a mysterious guitar-playing guide to the world of memory, Lizzy Haberstroh as Evie, the beautiful woman who died on her wedding day, and Martin Hanna as Mobile, who can't remember how he got where he is or what he's looking for. Performances of The Forever Waltz are scheduled for October 3-5 and 8-12 at CW 207. Tickets are available through Ticketmaster or by calling the ISU CPA box office at 309-438-2535.

The McLean County Museum of History, Illinois Voices Theatre and Bloomington's historic Evergreen Cemetery, take a look back at another crew of Bloomington-Normal citizens from the past with the annual Discovery Walk. This year's folks include a pair of daring young men who plied their trade on the flying trapeze, a Red Cross nurse from World War I who became a landscape architect, a man who held many jobs and fought discrimination in all of them, an immigrant woman who made trousers for the troops during the Civil War, a sheriff, a man who loved a good parade, and a former president of the local NAACP. You can choose to take this walking tour through Bloomington history at 11 am or 2 pm on Saturday or Sunday, October 5, 6, 12 or 13, with tickets for sale at the Museum, Evergreen Cemetery, the Garlic Press or Casey's Garden Shop. And it all happens at Evergreen Memorial Cemetery.

A revue called The Best of the Second City, "celebrating over 50 years of cutting-edge satire," shows up at the Bloomington Center for the Performing Arts for one performance only on October 5, promising the Second City brand of irreverent sketches, songs and improv. Will you see tomorrow's Steve Carrell, Stephen Colbert, Tina Fey, Keegan-Michael Key, Julia Louis-Dreyfus, Bill Murray, Amy Poehler or Martin Short? Maybe! They all got their start at a Second City somewhere. 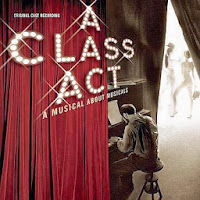 The musical A Class Act takes the stage at Illinois Wesleyan University's McPherson Theatre from October 8 to 13, opening the fall season for IWU's School of Theatre Arts. The musical also lends its name to IWU's entire 2013 Homecoming, which is organized around the theme "It's a class act." Associate Professor Jean MacFarland Kerr directs and choreographs the show, which is a musical look at the life and career of composer Edward Kleban, whose songs form the score. "Fourteen years after his death, one of the theater's unsung champions finally got the recognition he always deserved in this vibrant musical about musicals," says the Rodgers and Hammerstein Company. 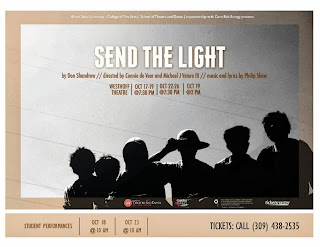 ISU's School of Theatre and Dance offers a third show in October with Send the Light, a collaboration among Don Shandrow and Phil Shaw, who created the show, co-directors Connie de Veer and Michael Vetere from ISU's theatre faculty, and a cast that includes actors from the Bloomington-Normal area as well as from the university. Look for area actors Clark Abraham, Leola Bellamy, Holly Klass, Wes Melton, Susan Palmer, George Peterson-Karlan and Terri Ryburn on stage alongside ISU students like Molly Briggs, Levi Ellis, Kate Klemchuk, Andrew Rogalny and David Zallis, all there to tell the story of what happened when electrification came to rural communities in the 1930s. It sounds like a no-brainer to let regular people get electricity right in their homes, but there was a major controversy over the intrusion of the federal government on the local level. The more things change... Read more about Send the Light here or here. Performances will take place in ISU's Westhoff Theatre from October 17 to 19 and 22 to 26, and tickets are available from the CPA box office at 309-438-2535. 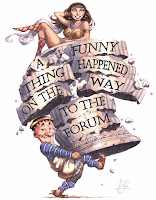 The Champaign-Urbana Theatre Company, also known as the CUTC, takes on A Funny Thing Happened on the Way to the Forum, that appealing, appalling musical about two Roman slaves, their hen-pecked master, the virgin next door, a house of ill repute and a hero named Hero. There's also a soldier named Miles Gloriosus and a pimp named Marcus Lykus. Larry Gelbart and Burt Shrevelove wrote the book, which mixes the classic farce of Plautus with comedy right out of old vaudeville, while Stephen Sondheim wrote the score. There's "Comedy Tonight!" as well as "Everybody Ought to Have a Maid," and "I'm Calm," sung by Hysterium, who is anything but calm. For the CUTC, John Tilford will play Pseudolus, the slave who longs for freedom, a role famously filled in the past by Zero Mostel, Nathan Lane and Whoopi Goldberg. Forum is directed by Matt Fear and plays October 17 to 20 at Champaign's Parkland Theatre.

Kate Tombaugh, a powerhouse vocalist who starred in Annie Get Your Gun a few years ago, comes back to Prairie Fire for a one-woman show called It Just Takes One from October 11-13 and 18-20 at Fellowship Hall in the First Christian Church on West Jefferson Street in Bloomington. Tombaugh will sing about the trials and tribulations of dating with a program suitable for "all ages and stages of romancers."

On October 26 and 27, Community Players will hold auditions for It's a Wonderful Life, a stage radio-play adaptation of the Jimmy Stewart movie, all about a small-town guy who thinks about ending it all until he gets a visit from an angel who shows him how much his life has meant to everyone around him. Director Sally Parry will be looking for actors who can play multiple roles for performances scheduled for December 12 to 15. 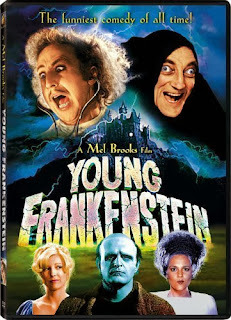 And just in time for Halloween festivities, the Normal Theater will offer two not-that-scary films with spooky overtones. First up is The Ghost and Mrs. Muir, a 1947 movie starring Rex Harrison and Gene Tierney, about a widow who starts to get ghostly visitations from a handsome sea captain, and then Mel Brooks' horror movie spoof Young Frankenstein, with Gene Wilder as the descendant of the Dr. Frankenstein (it's pronounced Fronk-un-steen, thank you very much) who created the monster. Peter Boyle is hilarious as the new monster, who does a dandy tap routine to "Putting on the Ritz." Mrs. Muir hits the screen on October 24 and 25, while Young Frankenstein plays on the 26th and 27th.

IWU finishes up October with Treasure by Tim Slover, a play about politics, sex and blackmail in our nation's capital. This time it's Alexander Hamilton in hot water. Hey, he may've stolen money from soldiers, but he didn't shut down the entire government like a spoiled baby. Treasure is directed by guest artist Michael Cotey, who also directed The Comedy of Errors for the Illinois Shakespeare Festival last summer, and will continue into early November at the E. Melba Kirkpatrick Laboratory Theatre.

That's not nearly all of what's happening in October, but I've tried to cover some of the highlights, anyway. Stay tuned for more info on your many and varied entertainment options...
Posted by JulieK at 1:08 PM