Talking with Cristen Susong: "A Slice of Life Not to Be Missed" 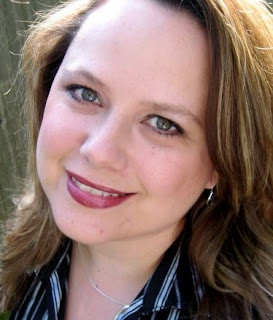 Yesterday I talked to Jake Olbert, who plays the estranged son, Andrew, in Heartland Theatre's production of THE END OF THE TOUR by Joel Drake Johnson. Jake had all kinds of interesting things to say about his career and his take on the play, and you can read all about it here.

Today I've got Cristen Susong, who plays Jan, Andrew's responsible, hard-working sister who is desperate to find some space of her own after years of acting as the family caretaker. Here's what Cristen had to say about her life, this play, and what she thinks about her theatrical experiences in Bloomington-Normal.

Cristen, I saw your performance in THE 25TH ANNUAL PUTNAM COUNTY SPELLING BEE, so I know you have a beautiful voice as well as some dramatic chops. Where did you start your theatrical career, and when did you know you were meant to be a performer?

I studied theatre at the University of Texas at El Paso. My parents were both actors in California in the 1960's. They attended the famous Pasadena Playhouse. So theatre and acting was always a part of my consciousness. In college I actually started as a psychology major which is really appropriate for an actor. I changed my major sophomore year. My undergraduate theatre program did all straight plays. I did Chekhov, O'Neill, etc., and one day I auditioned for FIDDLER ON THE ROOF at a theatre located on campus but not affiliated with the theatre department. I was cast and ended up doing 24 shows for this theatre (Union Dinner Theatre). When my husband and I graduated we moved to New York. I performed in some Off and Off Off Broadway shows and did a great deal of cabaret singing at Don't Tell Mama and other nightclubs. When we became pregnant with our son Eli we moved to Baltimore, MD and Scott got his MFA in Directing. I still found time to perform and during the day I was a schoolteacher. We decided to move to Bloomington for Scott to teach at IWU and live in a place where we could raise our children. I entered the MA in Theatre History program last year and will graduate in May. I have been working with the Illinois Shakespeare Festival as their Education Outreach Coordinator for the two years of grad school.

What is your favorite role so far?

That is a hard one. I think my favorite roles would be Anna in Paula Vogel's THE BALTIMORE WALTZ, Meg in CRIMES OF THE HEART, and Agnes in AGNES OF GOD. Musical roles probably Eva Peron in EVITA or Florence in CHESS. I like to be considered an actress and not a musical theatre actress. For me there is no difference. Musicals are harder but an actor still needs to bring the character to a real place and I want to continue to explore all kinds of roles. I am getting into my 40's now so I am excited about the roles that will be opening up to me such as the one in THE END OF THE TOUR.

I think this is your first experience with Heartland, right? Are you enjoying it? How is it different from what you do with ISU or other theaters you've worked with?

Yes, first Heartland experience. I have wanted to do a show here since we moved here. Everything produced at Heartland is of high quality and the directors are top notch. Working with Sandi as an actor is a dream. She lets you explore and asks great questions. She is wonderful. I worked with Cyndee Brown on 25th ANNUAL PUTNAM COUNTY SPELLING BEE and I found her to be equally generous as a director. I think ISU fosters very accomplished directors. Most professional experiences I have had you have very little time with the director and time is money so the process is truncated. It is a luxury to be able to spend time exploring.

And how would you characterize THE END OF THE TOUR? What do you think it's really about?

I think End of the Tour is simply about a broken family. It explores the themes of communication or lack of communication. Jan has had to care for everyone in her life. Mother, sister, brother and husband. Now she has to break away from caring for her emotionally and physically abusive, alcoholic mother. It is really heartbreaking but is allowing for some great emotional scenes.

Anything else you want to tell me about THE END OF THE TOUR?

Everyone knows a family like this. If they don't they are lying. It is a slice of life not to be missed.

Thanks so much, Cristen!

And there you have it – an amazing actress trying to find the emotional truth in a "slice of life not to be missed." What more can you ask from a night at the theater?

THE END OF THE TOUR, directed by Sandra Zielinski, a professor specializing in Theatre Education and Directing at Illinois State University, opens at Bloomington-Normal's Heartland Theatre on April 14th, playing through May 1st. To read more about the play or make reservations, visit the Heartland website here.
Posted by JulieK at 11:05 AM