Have you been wondering what's playing this year from Illinois Wesleyan's School of Theatre Arts? I'm happy to say I have some of the answers. 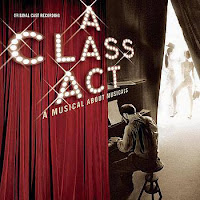 A Class Act, a musical inspired by the life and work of composer Edward Kleban, will be first up for IWU's singers, dancers and actors, with Associate Professor Jean MacFarland Kerr directing and choreographing. You can read more about Kleban in the Masterworks Broadway article linked under his name, but he is probably best known as the lyricist of A Chorus Line. After Kleban passed away at the age of 48, his longtime girlfriend Linda Kline, to whom he'd left all the rights to his work, decided to celebrate his story by constructing a semi-biographical show around a trunkload of his music. She collaborated in that effort with Lonny Price, and the result was A Class Act, which was produced off-Broadway in 2000 and on Broadway in 2001. Illinois Wesleyan's production is scheduled for performances in McPherson Theatre from October 8 to 13, linking up with IWU Homecoming events.

Noel Coward's classic comedy Hay Fever, directed by Professor Nancy Loitz, is up next at McPherson Theatre, with performances from November 19 to 24. Coward wrote Hay Fever in 1924, and it is very much in keeping with the droll, whimsical Coward oeuvre of that time, focusing on the eccentric, self-centered, artsy members of the Bliss family as they gather at their country estate for a weekend. Tennis, anyone? Actually, this party is more about charades and other over-the-top dramatic games that leave their guests nonplussed. But the Blisses will have a great time, as they always do. Broadway casts for Hay Fever have included Laura Hope Crews (1925), Constance Collier (1931), Shirley Booth and Sam Waterston (1970), and Rosemary Harris and Campbell Scott (1985).

IWU's first offering in 2014 will be 12 Ophelias (a play with Broken Songs), Caridad Svich's Ophelia-centered take that jumps off from Hamlet. Assistant Professor Dani Snyder-Young will direct 12 Ophelias at McPherson Theatre from February 11 to 16. As Svich bends the story, Ophelia (and a chorus of guides also called Ophelia) rise from the murky water in Hamlet to contend with somewhat recognizable characters called Rude Boy, R and G, H and... Gertrude. This story's Hamlet (Rude Boy) is still best pals with H (Horatio) but Gertrude is now heading up a bordello. Svich's "mirrored world of word-scraps and cold sex" represents a fresh and unexpected way to look at Shakespeare. 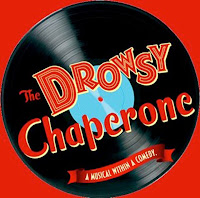 And The Drowsy Chaperone, set to be performed from April 8 to 13, is a fresh and unexpected way to look at the Broadway musical. Assistant Professor Tom Quinn will take the reins of this irresistible romp, centered around a man who immerses himself in the cast recording of his favorite old show, something called The Drowsy Chaperone, until the whole thing starts to come alive right there in his tiny apartment. Bob Martin and Don McKellar wrote the Drowsy book, while Lisa Lambert and Greg Morrison contributed its fizzy, infectious music and lyrics. Visiting Professor Saundra DeAthos-Meers will act as musical director, while Jessica Waltrip will choreograph the rambunctious dance numbers. The 2006 Broadway version of The Drowsy Chaperone won Tony Awards for its book, score, set and costumes, and for featured actress Beth Leavel. A movie version is reportedly in the works starring Oscar (and Tony and Emmy) winner Geoffrey Rush as the narrator.

In addition to the above slate of shows destined for McPherson Theatre, there will be three shows in the E. Melba Kirkpatrick Laboratory Theatre, with Treasure playing October 31 to November 2 and two additional shows not yet announced, scheduled for March 3 to 5 and May 22 to 24. A play workshop on April 26 and the Music Theatre Scene Study Showcase on April 19, directed by Associate Professor Scott Susong, finish up the semester.

Last year's shows were still up last time I looked, but you can expect all the inside dope on the 2013-14 season to appear on the Illinois Wesleyan Theatre box office page.
Posted by JulieK at 9:27 PM