Peoria Players, the venerable theatrical institution over on the other side of the Illinois River, continues its tradition of four musicals plus two plays -- one comedy and one drama -- for their 95th season, with old favorites at every turn. Season tickets are available at the Peoria Players box office at Lakeview Park or by calling 309-688-4473. 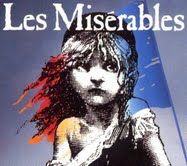 September will see Les Misérables, directed by Connie Sinn,with performances from the 6th to the 15th, including a Wednesday show on September 11. The cast includes Charlie Brown as Jean Valjean, John Huerta as Inspector Javert, Chloe Morton as Cosette, Lindsey Pugh as Eponine, Ashley Rufus as Fantine, and Brian Witkowski as Marius. Individual tickets for Les Mis will go on sale August 26.

Next up is Neil Simon's Barefoot in the Park, that classic comedy of mismatched newlyweds -- he's a straight-arrow lawyer and she's one of the original Manic Pixie Dreamgirls -- trying to make it work in a 6th-floor walkup in Greenwich Village. Director Liz Landes Reed held auditions last weekend, so cast details should be forthcoming. Performances of Barefoot in the Park are scheduled for October 4 to 13. 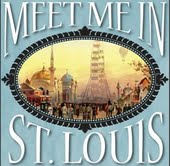 Meet Me in St. Louis will be Peoria Players' third show of the season and their last show in 2013. This musical, based on the film of the same name, takes place in and around the 1904 World's Fair, as various members of the Smith family deal with a possible move, love with the boy next door, and having themselves a Merry Little Christmas, if the fates allow. Look for Meet Me in St. Louis, directed by Mary Ellen Ulrich, at Peoria Players from November 8 to 17. 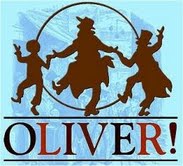 Oliver! will open 2014, with Bryan Blanks directing performances scheduled for February 7 to 16. The musical, with music and lyrics by Lionel Bart, is based on Charles Dickens' Oliver Twist, a novel about an orphan adrift in the underbelly of London in the 1830s. The musical take on young Oliver's tale, featuring songs like "Where is Love?" and "As Long as He Needs Me," opened in London's West End in 1960 before a successful Broadway run from January 1963 to November 1964 and then an Oscar-winning movie adaptation in 1968. Oliver! has never really fallen out of fashion, with an acclaimed London production in 2009 and rumors that Cameron Mackintosh will be reviving it on Broadway sometime soon.

William Gibson's The Miracle Worker, another winner of multiple Tony Awards, is the season's drama entry. For Peoria Players, director Charles Killen takes the reins of this gripping story about young Helen Keller and her relationship with her teacher, Annie Sullivan. Gibson first wrote a teleplay based on Keller's writings about her life, and then adapted that script into a full-length play for the 1959 Broadway production directed by Arthur Penn. That production earned Anne Bancroft a Best Actress Tony and young Patty Duke, who played Helen, a Theatre World Award, while the 1962 movie version scored Oscars for both actresses. Helen Keller, Annie Sullivan and The Miracle Worker will take the stage at Peoria Players from March 14 to 23, 2014. 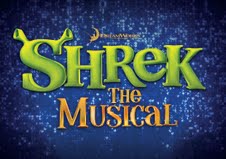 The only new show in the bunch, Disney's Shrek the Musical, will finish up the season, with performances from May 2 to 11. The original Shrek movie was another Oscar winner (Best Animated Feature) and the subsequent Broadway musical was nominated for a pile of Tony Awards, although it won only one, for Tim Hatley's costume design. I'm betting everybody knows it's a fractured fairytale about a green ogre and his talking donkey pal, who venture away from their friendly neighborhood swamp, whereupon Shrek falls in love with a princess and complicates his life incredibly. Travis Olson and Mary Keltner will direct Shrek the Musical in Peoria.

So that's the tuneful, award-heavy line-up coming from Peoria Players. For season information, including how to order season tickets and when tickets to individual shows will be on sale, click here.