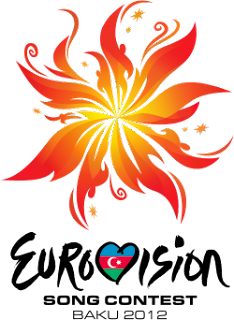 I don't get Eurovision. By that, I don't mean that it isn't broadcast in the US and therefore doesn't play on my television, although it isn't and it doesn't. No, I mean I just don't understand it.

It's a singing competition, or more precisely, a song competition. Different countries (members of the European Broadcasting Union, which means they don't actually have to be in Europe) ranging from Iceland to Ireland and Israel, from Georgia to Germany to Greece, enter songs and singers to represent them, with the nominated songs competing in various levels until some 36 emerge to sing in a big international hullabaloo. The competition is produced by whichever country won last year, and it's broadcast to all of the other entered countries, where "televoters" and music experts stand by to vote for the ones they like best. (The general public's votes count for 50% and the experts, or juries, also count for 50%.) No, they can't vote for their country's entry. But they can and do vote for their neighbors and traditional pals.

This whole thing started out in 1956 as a post-war European reconciliation effort, with only seven countries competing. This year, 42 different countries participated, with 36 singers or acts sent to the city of Baku in Azerbaijan and 26 of those advancing to the Grand Final to sing their little hearts out and vie for the Eurovision prize.

Although many Americans have never heard of Eurovision, it has created stars, including ABBA, who won for Sweden in 1974, launching themselves into the international music scene, and Celine Dion, who is, of course, from Canada, but won the competition singing (in French) for Switzerland in 1988. The acts vary from crazy dance pop acts (Verka Seduchka has to be seen to be believed) to monster metal (Lordi) to folkish ditties to turgid power ballads to this year's Grannies from Russia who baked bread during their performance. Oh, and poor old Englebert Humperdinck, who got trotted out by the United Kingdom this year in a move which seems to be saying "Heaven forfend we win because we don't have the cash to host this thing next year, so let's get ol' Humperdinck out of storage and send him to Azerbaijan. He'll go anywhere."

Humperdinck and his song, "Love Will Set You Free," came in 25th among the 26 acts in the Grand Final. Which means Norway's Tooji, who started out wearing a hoodie that partially covered his face, is probably really ticked he came in 26th and couldn't even beat a fossil like Englebert Humperdinck. Maybe he didn't go far enough in the facial covering department, since Lithuania's Donny Montell sang half his song wearing a blindfold and he made it to #14.

But enough about the bottom of the card. At the top of the list this year was Sweden's Loreen, with a whole lot of hair (and very shaggy bangs) and a song ("Euphoria") that seemed like a combination of Celine Dion, Steven Tyler and... And Michael Bolton? With a little Bjork for good measure. Pretentious power ballad with a dance beat wins the day!

Loreen (her name is pronounced something like Lor-AY-in) seems to perform in a self-absorbed trance state. As well as a snowstorm. With flowy clothes, arm-flinging and hair-flinging (usually flung over her face -- there is some sort of trend for facial covering here, isn't there?) and a wind machine. So there's that. She got 372 points, well ahead of the second-place Russian Grannies (the group's real name is Buranovskiye Babushki, which means Grandmas from Buranovo, and their song was something called "Party for Everybody") who got 259.


Loreen and her "Euphoria" got first-place points from 18 different countries, which is pretty much of a slam dunk. The Grannies took only one first-place, from friendly neighbor Belarus. (In other news, I would totally buy their wares if they started their own fashion line.)

Third place went to Serbia and perennial contender Željko Joksimović, a crooner who sang "Nije Ljubav Stvar," which translates to "Love Is Not an Object" in English. "Nije Ljubav Stvar" earned Serbia 214 points.

So that's all there is for Eurovision 2012. Next year, all these crazy kids, crooners, acrobats and assorted wind machines will assemble in Sweden to do it all over again.
Posted by JulieK at 1:56 PM