Heartland Theatre Announces What's Up for 2012-13

Heartland Theatre Company has announced its 2012-13 season, beginning with the very popular 10-Minute Play Festival, running from June 7 to July 1. 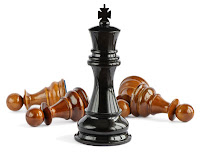 This year, the 10-Minute Play Festival's theme is "Playing Games," with each of the eight winning plays involving a game of some sort. The plays range from John D. Poling's "Destiny's Tug-of-War," about a divorced couple and the wife's new partner, all three worried about the dog caught between them, to Austin Steinmetz's "Word Play," about a world Scrabble champ scrambling to stay on top, and Erin Moughon's "In Memory of Calvinball," about a game whose only rule is that rules constantly change. For more information about all the plays and the "Playing Games" festival, click here. You are advised to make your reservations early, as it is always an audience favorite. 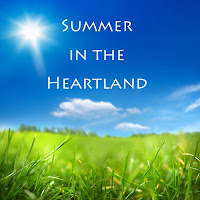 Coming in July is New Plays from the Heartland, which features three one-acts written by Midwestern playwrights just for Heartland. The New Plays' theme is "Summer in the Heartland," with the three winning plays performed July 13 and 14 in conjunction with a master class and forum conducted by Douglas Post ("Bloodshot," "Drowning Sorrows"), this year's guest playwright in residence.

The fall kicks off with "These Shining Lives," Melanie Marnich's sad and beautiful look at the women who made radium-dial watches in Ottawa, Illinois, in the 1920s. "These Shining Lives," directed by Illinois State University Professor Don LaCasse, opens on September 6 and runs till September 23, 2012. (The poster image at right is from a Chicago workshop production of the play in 2011. A previous production at Chicago's Rivendell Theatre received Jeff Award nominations for the play, director and leading actress. ISU alum Kathy Logelin played the lead role when Rivendell revived the play later.)

Next up is the blazing art drama "Red," by John Logan, which began its life at London's Donmar Warehouse in 2009, before moving to Broadway and winning the 2010 Tony Award for Best Play. The play involves artist Mark Rothko and his assistant as they prepare canvases for New York's Four Seasons restaurant, with issues of artistic integrity played against monetary success and accolades. Illinois Wesleyan's Christopher Connelly will direct "Red," with performances from November 1 to 18, 2012.

Opening on Valentine's Day, Donald Margulies' "Time Stands Still" is the first show in 2013 for Heartland. "Time Stands Still" involves a photojournalist who must decide whether she will return to a dangerous, exciting life spent on the front lines or stay where she is, in a more peaceful, comfortable place on the home front. ISU Professor Sandra Zielinski returns to Heartland to direct "Time Stands Still," which runs from February 14 to March 3, 2013.

And the last show on the schedule is Will Eno's "Middletown," which looks at extraordinary lives in Small Town, USA, over the course of a few very ordinary days. It's been compared to "Our Town," but I'd say "Middletown" is quirkier, more poetic, and a whole lot more surprising. "Middletown" received the Horton Foote Prize for Promising New American Play in 2010. ISU Professor Emeritus John Kirk will direct "Middletown" in performance from April 18 to May 5, 2013.

For more information on Heartland Theatre, you can visit the website here, with new information being added all the time.