It's really hot here. Which may mean you're outside, sucking in the heat and humidity. Or it may mean you prefer to stay inside and catch some TV. If the latter is your preference, you're in luck.

I'm a little late warning you about this, but "Mary Tyler Moore," one of the best all-time sitcoms in the history of the universe -- the one that inspired on Oprah and countless other career-type women of the 80s, and also spun off into one of my all-time favorite dramas in the history of the universe ("Lou Grant") -- is in the midst of its marathon right now, on the Hallmark Channel.

"Mary" started at 9 am central time, with the episode wherein Phyllis (Cloris Leachman) finds out that her husband is stepping out with Sue Ann Nivens, the Happy Homemaker, played by Betty White, of course. And coming up in four minutes is the classic Veal Prince Orloff episode, with Henry Winkler as Rhoda's date at an ill-fated dinner party with too little veal. Go turn on your TV now. I'll wait half an hour till you're done with that one.

The marathon finishes up with the 8:30 pm episode, "I Was a Single for WJM," where Mary goes to a single bars for purely professional reasons. That one has Penny Marshall and Arlene Golonka, which is not a name you hear much anymore. 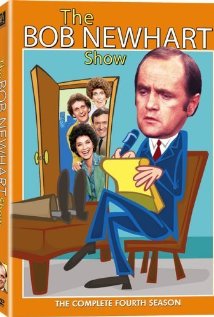 And Hallmark will be doing the same 9-to-9 (Central time) schedule tomorrow for another fabulous MTM show, "The Bob Newhart Show," tomorrow. That one opens at 9 am with "The Last TV show," where Bob (reluctantly) lets his group therapy session happen on public TV, and ends with "A Matter of Principal," which focuses on Emily as a teacher, not something that happened that often, when she refuses to let a kid into an advanced class when she knows it was really his dad who wrote his great report.

So... What are you waiting for? Go turn on the TV before it's too late for all the Mary and Bob goodness.