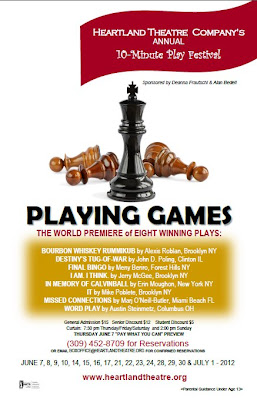 Heartland Theatre Artistic Director Mike Dobbins has announced that five of the eight winning playwrights in Heartland’s annual 10-minute Play Festival, this year on the theme “Playing Games,” are planning trips to Bloomington-Normal to see their plays on stage and to attend a reception hosted by the 10-Minute Play Festival’s sponsors, Deanna Frautschi and Alan Bedell.

So far, John Poling from Clinton, Illinois, will be traveling the shortest distance among the playwrights, and he will be joined by Meny Beriro (Queens NY), Jerry McGee (Brooklyn NY), Marj O’Neill-Butler (Miami Beach FL) and Austin Steinmetz (Columbus OH).

Here is the Who’s Who of playwrights coming to Bloomington–Normal:

Meny Beriro says that he learned quickly from his students that if you don’t keep the story moving, a hand goes up and asks for the bathroom pass. Meny is a Social Studies teacher at Newtown High School in Queens, New York, one of the most culturally diverse schools in the country. He has written short and long plays about many topics ranging from pigeons to Papua New Guinea. His most recent work is called CHANGE, and it’s about Neanderthals and politics, not necessarily in that order.

A retired actor, Jerry McGee is now an avid playwright. He was a 2012 Finalist for Firehouse Theatre’s Festival of New Plays (QUIET SIDE OF TOWN) and 2010 Playwright-In-Residence at Woodstock Fringe Festival. His plays have been produced at ShortPlayFEST in Bellerica, MA (THIS IS ME TODAY), Wintergreen Arts Center, VA (THE LADY ELGIN), Ruskin Theatre, Santa Monica (DO YOU SMOKE AFTER SEX?), and Collision Festival, NY (JEANNIE WITH THE LIGHT BROWN HAIR). He is a member of Dramatists Guild. He grew up in Nebraska, misses the Midwest and is very happy to be back at Heartland after last year’s HOW TO WEED YOUR GARDEN. 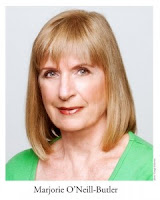 Marj O’Neill-Butler, a member of the Dramatists Guild and the International Center for Women Playwrights, is a produced playwright of TRUE BLUE at The Women’s Theatre Project, eight Theatre for Children scripts, the short plays WHAT IF? and now MISSED CONNECTIONS and a reader’s theatre script called THE WOMEN OF THE BEAT GENERATION. A proud member of Equity, SAG, and AFTRA, she has worked as a professional actor, director and stage manager for over 30 years. Visit her online at www.marjorieoneill-butler.com. 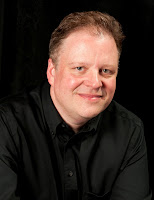 John D. Poling tells us that he is honored to have his play selected for this year’s festival. This is his first foray into playwriting. Most of his theatre experience has come in the realm of acting and directing, with past roles including John Wilkes Booth in ASSASSINS, Rulon Stacey in THE LARAMIE PROJECT and David Sabin in Heartland Theatre’s THE END OF THE TOUR in April 2011. John directed Ken Ludwig’s LEADING LADIES in 2010 and will be directing the comedy MARRYING TERRY in 2013. When not satiating his theatre addiction, John is a history instructor at Parkland College in Champaign. 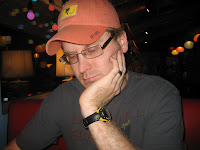 Austin Steinmetz of Columbus Ohio, is thrilled that his play WORD PLAY was chosen as a winner of Heartland Theatre Company’s National 10-Minute Play Contest! Recent accomplishments include winning spots in the 2011 and 2012 Theatre Oxford National 10-Minute Play Contests, 2012 Evolution Theatre’s Columbus Bicentenial Playwright Festival, and 2011’s MadLab Theatre’s 6-in-60 Greatest Hits, among others. He earned his BA in Creative Writing in 2005 at Ohio Wesleyan University. He thanks his wife, Cara, for her editing eye and enduring what he coins brain farts.

And here are bios for the other three winning playwrights, who have not as yet confirmed:

Erin Moughon is a NYC-based playwright, by way of Georgia and several other states. She has an MFA from Columbia University. Other works aside from IN MEMORY OF CALVINBALL, the play to be performed at Heartland in June, include SURVIVED BY, SLIP HER A MICKEY and PRETEND THAT YOU OWE ME… as well as the short plays [death]match.com and WHAT IF…? She has been a semi-finalist for both the Princess Grace award and the National Playwrights Conference. In 2007, she was one of the U.S. representatives to World Interplay, an international young playwrights conference in Australia. She works as a 7th and 8th grade public school science and health teacher in Manhattan. 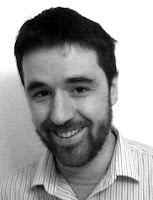 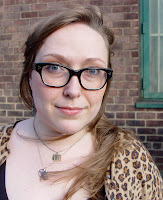 Alexis Roblan is a Brooklyn-based playwright and independent theatre producer. She grew up in Coos Bay, Oregon, and is a graduate of the University of Southern California’s MFA in Dramatic Writing program. In 2007, Alexis was one of three American delegates to the World Interplay Festival for young playwrights in Townsville, Australia. Her play, GENESIS, has been developed at The Inkwell in Washington, D.C., and was a Semi-Finalist for the Princess Grace Playwriting Fellowship in 2011. With Rachel Kerry, Alexis co-founded Brain Melt Consortium, a theatre/media arts group based in New York City, in October 2010. She is a member of the New Perspectives Theatre Company’s Women’s Work Project Short Play Lab, and her play, DAUGHTERS OF LOT, performed as part of the 2012 FRIGID New York Festival, and will be performing at the Edinburgh Festival Fringe in Scotland this summer.

For the full scoop on casts, directors and what the eight plays being performed this year are all about, click here. The "Playing Games" 10-Minute Play Festival opens June 7, with performances continuing through July 1. You can see reservation and box office info here.