"The New Normal" Needs to Be in Normal 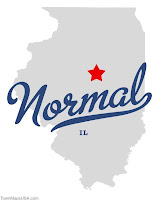 News broke at Deadline a few weeks ago that NBC has picked up a pilot called "The New Normal" from producer/director/writer Ryan Murphy, the man behind "Glee" and "American Horror Story." Murphy will be directing and co-writing this half-hour sitcom with Allison Adler, someone he also works with on "Glee."

Andrew Rannells, fresh off major Broadway success in "The Book of Mormon," is slated to star, along with Ellen Barkin, who most recently did "The Normal Heart" on Broadway. Murphy will also direct a film version of "The Normal Heart" later this year. Whole lot of Normal going on there, right?

"The Normal Heart" is a searing 1985 play by Larry Kramer about the rise of AIDS and subsequent activism in the New York gay community in the early 80s; it was performed by ISU as part of their 2005-06 season. And, no, it has nothing to do with Normal, Illinois.

Murphy's proposed sitcom, "The New Normal," is about a gay couple and the surrogate they hire to help them have a baby. Rannells will play one half of the couple, with Barkin as the surrogate's mother. No word yet on casting for the other man or the surrogate. I also haven't seen any word on where this show will be set. Just want to note that Normal, Illinois, would be perfect for it. What says "The New Normal" more than Normal? What would be a better place for the gay couple to settle in and nurture their family? 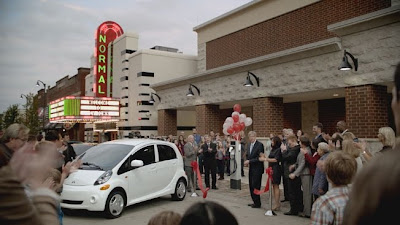 Normal has already starred in a TV commercial focusing on its "New Normal" status to much acclaim. There's plenty of talent around, with the theater departments at ISU and IWU and local theater companies chock full of terrific actors, and lots of locals with credibility and appeal, like 92-year-old Ruth Steele and Normal Mayor Chris Koos, both of whom appear in the Mitsubishi ad. Or if, like "Roseanne" or "Ferris Bueller," producers want to make the show appear to be set in Illinois even while it's mostly filmed in Hollywood, former Normal residents like Sean Hayes and Laurie Metcalf might add some verisimilitude.

The map that appears at the top of this post comes from TownMapsUSA.com
Posted by JulieK at 11:17 AM