The 2012 finalists for the Susan Smith Blackburn prize, which carries an award of $20,000 to the winning playwright, have been announced. They include one Irish, five American and four British playwrights. 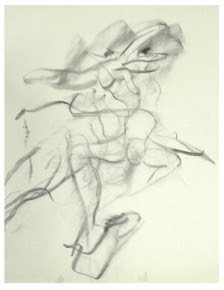 This year's finalists are:

Nancy Harris (Ireland), for "No Romance," submitted by the Abbey Theatre in Dublin.

Zinnie Harris (U.K.), for "The Wheel," submitted by National Theatre of Scotland.

Meg Miroshnik (U.S.), for "The Fairytale Lives of Russian Girls," submitted by Alliance Theatre in Atlanta.

Alexis Zegerman (U.K.), for "The Steingolds," submitted by Playful Productions of London.

Plays are nominated by professional theaters, and nominated scripts are then read by an international panel of judges. The 2012 judging panel includes familiar names like Martha Lavey, actress and Artistic Director of Steppenwolf Theatre Company in Chicago; actress Frances McDormand, who won the Best Actress Oscar for "Fargo;" Ben Power, Associate Director of Britain's National Theatre; and actress Imogen Stubbs, who has played Desdemona for the Royal Shakespeare Company and Stella opposite Jessica Lange in "Streetcar," as well as appearing as Viola in the 1996 film version of "Twelfth Night."

For more information about the nominated playwrights, click here. You can also read what judge Randy Gener (an award-winning writer, editor and critic) thought about the process here. He's not telling who won, though! That will be announced in London on February 28th.

The art you see with this post is an original Willem DeKooning lithograph created just for the Susan Smith Blackburn Prize. The winning playwright gets the lithograph in addition to the $20,000 cash prize.
Posted by JulieK at 1:50 PM