"Pullman, WA" and "9 Parts of Desire" Open Tomorrow at ISU

As we finish out February and head into March, we have a lot of theater happening in Central Illinois.

Yes, the fast and furious "Mauritius," by Theresa Rebeck of "Smash" fame, has one more weekend at Heartland Theatre, with performances Thursday, March 1, through Sunday, March 4.

ISU also has two smaller shows sneaking up on us with invited dress rehearsals tonight and the first of just four performances starting tomorrow. They're both free, I think, and both take place in smaller venues, with Young Jean Lee's "Pullman, WA" in room 149 at ISU's Center for the Visual Arts, and Heather Raffo's "9 Parts of Desire" at Centennial East 115.

One interesting note: In the continuing discussion over why female playwrights get so many fewer productions than male playwrights, I am happy to tell you that five of the six playwrights attached to the plays I've listed here are, indeed, female. Thank you, area theaters, for doing your part to even the score. 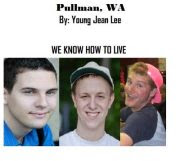 Young Jean Lee was born in South Korea, but she grew up in Pullman, Washington, which provides the title for her play "Pullman, WA." In The New Yorker, Hilton Als described Lee as "a facetious provocateur; that is, she does whatever she can to get under our skin -- with laughs and with raw, brutal talk that at times feels gratuitous, and is meant to."

"Pullman, WA" is directed by grad student Vanessa Stalling for ISU's first-year MFA 2X2 program. The show's Facebook page says it is "the story of 3 self help gurus trying to preach their way of life and their cure for self hatred on the audience while discovering and working through their own personal demons along the way." Stalling's cast includes Drew Mills, Dustin Rothbart and Tyler Yonke. 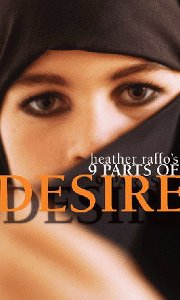 The other half of the 2X2 is "9 Parts of Desire," Heather Raffo's examination of  "the extraordinary (and ordinary) lives of a whole cross-section of Iraqi women: a sexy painter, a radical Communist, doctors, exiles, wives and lovers. This work delves into the many conflicting aspects of what it means to be a woman in the age-old war zone that is Iraq."

Raffo is an Iraqi-American, and she performed "9 Parts of Desire" herself as a one-woman show. She received a Lucille Lortel Award for Outstanding Solo Show for that work. For ISU, Matt Campbell directs a cast of five -- Claire Ford, Jenna Liddle, Becky Miller, Alison Sokolowski and Carla Westlund -- to tell Raffo's story.

For more information on "Pullman WA," including performance dates and times, click here. For "9 Parts of Desire," click here.
Posted by JulieK at 1:35 PM