This Week, It's All About "Your Normal Film Festival" in Uptown Normal

The Normal Theater and the Prairie Pride Coalition begin their annual film fest -- called My Normal Film Festival -- this week, with a lineup of feature films, shorts and post-show panels, discussions and social activities, running from October 16 to 21. 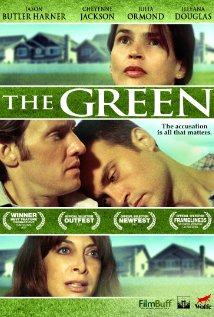 The Green, directed by Steven Williford, is the first feature film to be screened, with a 7 pm showing in Room 151 in the Center for Visual Arts on the ISU campus tomorrow night. It involves a gay couple (one half of which is played by Cheyenne Jackson, the uber-gorgeous, uber-talented star of Finian's Rainbow, All Shook Up and Xanadu on Broadway) who move to Connecticut, hoping for a simpler, easier life together. The name of the movie refers to the verdant, lush landscape they find in Connecticut when they escape the concrete world of New York City. Michael, the character played by Jason Butler Harner, is a writer and teacher, while Daniel, Jackson's character, is a locavore caterer. (That means he's into what's locally produced.) But once these two have relocated to the greener pastures of their suburban paradise, a student at Michael's school accuses him of "inappropriate conduct." And their lives are thrown into turmoil.

Other members of the cast include Ileana Douglas and Julia Ormond, with Ormond as the lawyer who comes out from NYC to help Michael through his trials and tribulations.

The Green has a local connection in producer Randy Fryman (AKA Randall Mcneal), an ISU alum who will speak at the talkback scheduled for 8:30 (right after the film) tomorrow. This screening of The Green is offered free of charge to the public. 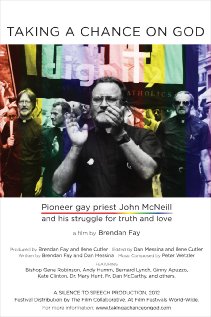 Wednesday's film is Taking a Chance on God, a documentary about John McNeil, a gay priest who championed and provided a spiritual basis for the gay liberation movement. Taking a Chance was directed by Brendan Fay, who focuses on McNeil's extraordinary life -- he grew up in Buffalo, New York, served in the army and became a POW in Nazi Germany, fell in love and came out on national television, and stepped up to urge compassion and awareness during the AIDS crisis of the 1980s -- with discussion from activists, journalists and theologians, all commenting on the influence and significance of John McNeil in their own lives.

Taking a Chance on God will be presented at the Normal Theatre at 7 pm on October 17 with a short film (Love, Marriage, and Family: Traditionally, created by Monmouth College) before and a discussion (with Tony Thieman-Somora, minister of Metropolitan Community Church) after. 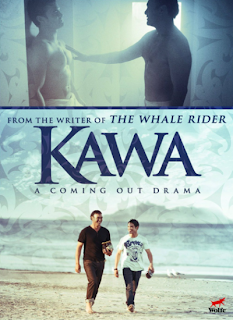 Next up is Kawa, a film set among the Maori people of New Zealand, directed by Katie Wolfe and based on the novel by Witi Ihimaera. Kawariki, played by Calvin Tuteao, appears to be a happily married family man. But when his father retires and Kawariki must take over the family business, he feels compelled to tell the truth about himself -- that he is gay -- so he is to be a true leader, one who shows honesty and integrity in all things.

Kawa is at the Normal Theater at 7 pm on Thursday, October 18. It will  be preceded by George and Brad in Bed, a short film about Star Trek actor George Takei and his real-life relationship, and followed by a soiree (including complimentary appetizers) at Medici's Restaurant across the street from the theater. 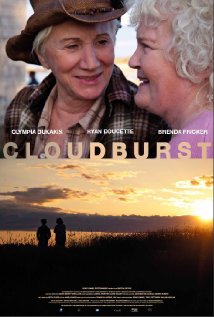 Cloudburst, starring Olympia Dukakis and Brenda Fricker as a lesbian couple on the lam from their nursing home in the hope of getting to Nova Scotia to get married, hits the screen at the Normal Theater on Friday, October 19. Written and directed by Thom Fitzgerald, Cloudburst combines its pair of elderly lovers with a free-spirited hitchhiker to examine themes of life, death, love, and being different, set against the scenery of Nova Scotia and the music of k.d. lang.

The short film to be screened before Cloudburst is Where Are the Dolls, inspired by a poem written by Elizabeth Bishop, starring Megan Follows as a woman taking a late-night trip through a surreal urban dreamscape. 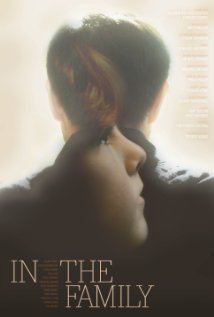 As you might expect from the title, In the Family is about the relationships created inside a family. Chip has grown up with two dads, one his biological father and the other his bio dad's partner. When the former is killed in a car accident, custody of Chip is up in the air. There are legal disputes involving an outdated will, but the heart of the film is what family and fatherhood really mean.

Writer, director and actor Patrick Wang, who plays the surviving (non-biological) father in the film, will join filmgoers for a post-show drink in the bar at the Marriott Hotel around the corner from the Normal Theater.

And one last In the Family note: Cody, the biological father who leaves his son and his lover behind, is played by Trevor St. John, late of One Life to Live. 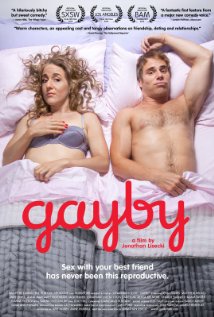 The penultimate film on the Your Normal Film Festival schedule is Gayby, a comedy written and directed by Jonathan Lisecki, about two best friends, a straight woman and a gay man, who decide to have a baby together. It's billed as "an irreverent comedy about friendship, sex, loneliness, and the family you choose."

Note that Gayby begins at 6 pm at the Normal Theater, and will be followed by the premiere of a new film, Scrooge & Marley, at 8 o'clock. This modern, gay-friendly spin on the Dickens' characters from A Christmas Carol stars David Pevsner as Scrooge and Tim Kazurinsky, a "Saturday Night Live" vet, as Marley.

For information on all these events and the Your Normal Film Festival, you can visit the Festival's website here or check out the Normal Theater calendar here.
Posted by JulieK at 3:15 PM