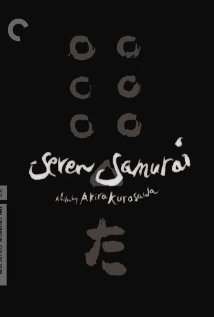 A Facebook post just alerted me to the fact that Hulu (in conjunction with the Criterion Collection) is streaming 24 Akira Kurosawa movies for free this weekend!

When I checked, there was only 16 hours left to watch fabulous Kurosawa classics like Seven Samurai (1954), which spawned The Magnificent Seven; Throne of Blood (1957), a fabulous medieval Japanese take on Shakespeare's Macbeth; The Hidden Fortress (1958), a major influence on Star Wars; Yojimbo (1961), precursor for A Fistful of Dollars; and Rashomon (1950), the one with the unreliable narrators that lets you see how the "facts" behind a crime operate from three different points of view. 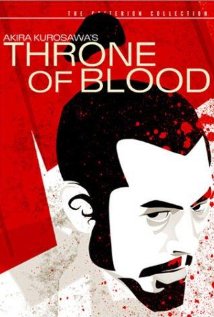 Those are my top five, but there are plenty more if those don't pique your interest. Hulu and Criterion have put this free streaming bonanza together to celebrate this incredibly influential filmmaker's birthday. They have not included his later masterpieces like Ran or Kagemusha, but you're certainly free to find those on your own. As with his early films, the ones available for the rest of the day on Hulu, Kurosawa uses bold visuals to tell stories about morality, honor, truth, family, ambition and a yearning for happiness. His women characters can be difficult to take (you'll notice he gave his Lear sons instead of daughters in Ran) which is probably why he was translated into Westerns, too. But the visuals... The spooky witch spinning alone in the forest in Throne of Blood. The rain pouring down or the camera looking straight into the sun in Rashomon.