What's Coming Up From Heartland Theatre Company in 2013-14 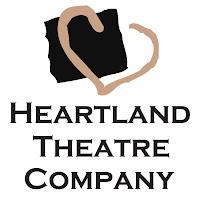 Heartland Theatre Company has announced the schedule for its 2013-14 season, and it's full of mystery, secrets, deception and relationship drama.

Heartland's season will begin in June with the Annual 10-Minute Play Festival, every year presenting eight new short plays by winning playwrights from around the globe. This year's theme is "The Package,” with each play somehow involving a package, parcel or gift.

Next up is the Douglas Post play Earth and Sky, a tense psychological thriller, set for performances in September, 2013, and then Annie Baker's award-winning Circle Mirror Transformation, a sweet and insightful play about the members of an acting class, scheduled to hit Heartland's stage in November.

After the holiday break, Heartland will be back in February, 2014, with Jon Robin Baitz's Other Desert Cities, a look at a privileged family with secrets, and Scottish playwright Rona Munro's Iron, moving mother-daughter drama inside a women's prison, in April, 2014.

Heartland's season announcement notes that flex passes to cover this whole season go on sale on April 30th. You can see all the details here.

In the meantime, here's the rundown of shows to whet your appetitie:

Annual 10-Minute Play Festival: THE PACKAGE
June, 2013
Packages have been used as McGuffins in more plays, movies and TV shows than you can fit inside the largest box UPS will deliver. But it’s what’s inside the parcel that counts, whether it’s mysterious microfilm, memories of the past, the key to your heart, an urn full of ashes, a dangerous snake or somebody else’s cheesecake. There’s plenty of dramatic potential inside every package!

EARTH AND SKY by Douglas Post
September, 2013
Doug Post’s neo-noir thriller opens when Sara McKeon, a “would-be poet and part-time librarian” is told that her lover, David, has been killed while involved in terrible crimes. How can she believe what the police are telling her? How can she not? EARTH AND SKY will keep you on the edge of your seat as it vaults from love to betrayal, from mystery to deception, from truth to lies.

CIRCLE MIRROR TRANSFORMATION by Annie Baker
November, 2013
This look at a hapless acting class in a small town in Vermont was chosen as one of the Best Plays of 2010. There’s warmth and humor as well as all kinds of insight in this lovely piece about the power of seemingly silly acting exercises like the circle and the mirror to transform the lives of the people willing to leap into them.

OTHER DESERT CITIES by Jon Robin Baitz
February, 2014
The wealthy Wyeths of Palm Springs enjoy access to the highest levels of American life. But then daughter Brooke comes home with the tell-all book she’s written about the family’s murky secrets. Baitz is a specialist when it comes to dysfunctional families, and OTHER DESERT CITIES, a nominee for the 2012 Pulitzer Prize, is one of the best.

IRON by Rona Munro
April, 2014
Fay has spent the last 15 years in prison for murdering her husband. When her daughter Josie visits for the first time after all these years, she wants to know why it happened, what he did, what her mum did. She can’t even remember what her dad looked like. But there are no easy answers in Munro’s wrenching look at the justice and injustice in crime and punishment.