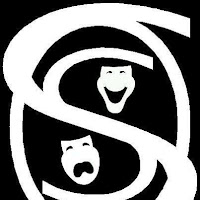 Back in May, we learned that actress/singer/all-around-cool-person Cristen Susong, in conjunction with Illinois Wesleyan University, was organizing "Summer on Stage," three different summer theater camps for kids, with the session for the oldest group finishing up on June 29. That's next week, and Susong reports that the Spotlight Camp kids (ages 12-15) are putting the final touches on their camp finale show. 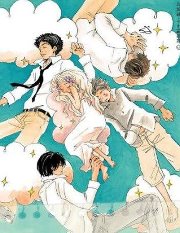 So what is a "Creature Feature"? Here's how the play is described at YouthPLAYS: "Tired of the constant pressure to be like everyone else? Are you ready to stand up and celebrate who you are and your uniqueness? Well, meet 'The Originals' and be a part of a new movement that will be sweeping every school in the world. Each member of 'The Originals' has a unique physical feature that is different than 'The Normals.' Grippy’s hands, Dumbo’s ears, Cranium’s brain, Coke Bottles' eyes, Cyrano’s nose, and Charlie’s heart. Together they try to create a united front against conformity and the idea that everyone should be the same in this charming, often comic and ultimately enlightening celebration of uniqueness."

Summer theater camp is a perfect place to celebrate individuality, so this show sounds like just the right vehicle to cap off the campers' summer.

It will not be the end of summer for Cristen Susong or Summer on Stage, however, as she announced last week that the camps had proved so popular she was adding another session of Footlight Camp, this one open to any and all children who will be entering 1st through 6th grades in the fall. The camp begins July 23 and runs through August 3, with sessions daily from 1 to 4 pm. And, yes, there will be a performance of a play like "Creature Feature" at the end, for parents and friends to come and watch. The cost of this added Footlight Camp session is $150 for the two weeks. Considering some of the expert instructors who have been working with the kids -- Cristen and Scott Susong, Sheri Ann Marley and James Wagoner -- that is an amazing bargain!

For more information on the new session of Footlight Camp, check here. And for details on the "Creature Feature" performance, click here.
Posted by JulieK at 11:37 AM