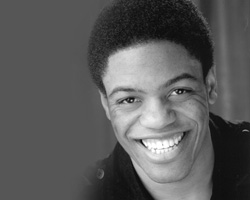 TV Line is reporting that Jon Michael Hill, who went straight from the University of Illinois Department of Theatre to the Steppenwolf ensemble, has been cast in the new Sherlock Holmes show, "Elementary," set for CBS this fall.

Hill did undergraduate acting work in "King Lear," "A Chorus Line" and "Gint" at Krannert Center, and then, after graduation, he earned a Jeff nomination for "The Tempest" and a Tony nomination for "Superior Donuts" before appearing in "Detroit 1-8-7" and "Eastbound and Down" on the telly.

Although the news about Hill being added to the "Elementary" cast doesn't have a lot of detail, TV Line says he will be "a detective working alongside the pair." Will he be the Lestrade in the mix? I dunno. Nobody else in the cast has that name yet, anyway. Or perhaps he can be Athelney Jones, another Scotland Yard detective who appears in Arthur Conan Doyle's stories. Or perhaps not. Athelney Jones is a way cool name, even if he is "an imbecile," according to Sherlock Holmes, and not as prominent as several other inspectors and detectives in the canon. 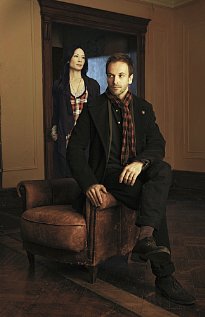 In the "Elementary" take on Sherlock, Mr. Holmes is a Brit living now (like, 2012) in New York City, and he returns to sleuthing after a stint in rehab. Jonny Lee Miller, Angelina Jolie's first husband and the guy who alternated with Benedict Cumberbatch as Dr. Frankenstein and his reanimated Creature in the National Theatre's "Frankenstein," plays Sherlock, while Lucy Liu is a feminine Watson. (She's Joan, instead of John. And she is apparently a former doctor now filling in as Holmes's sobriety helper. Or something like that.)

Aidan Quinn's Captain Gregson is also a part of the tableau, and you will see Miller, Liu and Quinn in the long preview CBS has provided to sneak the show. From that preview, the show looks pretty fun, and even though there are a whole lot of Sherlocks running around right now (what with Robert Downey Jr. going Victorian in the movies and that same Benedict Cumberbatch mentioned above playing another modern Holmes for the BBC and PBS), this one looks sufficiently different and Miller is charming and quirky enough (without being quite as snooty or chilly as Cumberbatch) that I think "Elementary" make stake out its own space.

NBC is scheduling "Elementary" in the prime slot at 9 pm Central on Thursday nights, so they appear to have some faith in the show, as well.
Posted by JulieK at 8:02 PM