The Penguin Project Is Back with "Beauty and the Beast, Junior" 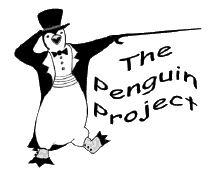 Last summer, our local Penguins took on "High School Musical, Junior." They're back, but this time they're going for the fairytale stylings of "Beauty and the Beast, Junior."

Donna Anhalt, who works with the McLean County version of the Penguin Project®, announced today that the group will be performing "Beauty and the Beast, Junior" on Thursday, June 7, Friday, June 8 and Saturday, June 9 at 7 pm, with a matinee performance at 2 pm on Sunday, June 10, all at Bloomington Central Catholic High School on Airport Road in Bloomington.

The Thursday performance is considered a "Pay What You Can" preview, with any donations accepted, while tickets are $10 for adults and $5 for children for the Friday, Saturday and Sunday performances. Tickets are available from the City of Bloomington Parks, Recreation and Cultural Arts Office (visit in person at 115 East Washington Street or call 309-434-2260) or at the door when you arrive.

The Penguin Project® is a Peoria organization that hit upon the idea of pairing young artists with disabilities with peer mentors to work together through rehearsals and on stage, with everybody there to put on a show. As they explain the process:

"All of the roles are filled by children with developmental disabilities including Down Syndrome, cerebral palsy, autism, intellectual disabilities, learning disabilities, visual impairment, hearing impairment, and other neurological disorders. They are joined on stage by their 'peer mentors,' a group of children the same age without disabilities, who have volunteered to work with them side-by-side and guide them through 4 months of rehearsals and the final production. By creating unrestricted access to the performing arts, The Penguin Project® demonstrates that the special challenges of a disability need not handicap a child’s ability to participate in life’s experiences." 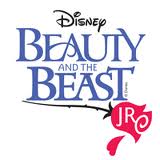 "Beauty and the Beast," the musical, is based on the Disney movie of the same name, telling the fairytale story of Belle, a smart and spirited young woman who happens upon the cursed castle where the Beast lives. Can she save him and his household servants, cursed to live as brooms and candlesticks instead of in human form, before it's too late?

Alan Menken composed the music, while Howard Ashman wrote most of the lyrics (all the songs used in the movie plus a few cut from that score) with Tim Rice as the lyricist for several songs added to the score to take it to Broadway.

Linda Woolverton's book adjusted the film's story a bit, as well, beefing up the part about Belle teaching the Beast to read, which is one of my favorite pieces in the plot.

The junior version of the show, the one these Penguins will be using, cuts some songs, making it a more streamlined show. That means songs like Gaston's vainglorious "Me" and the Beast's "If I Can't Love Her," are not included. If those are your favorites, you'll have to make do with that tale as old as time, "Beauty and the Beast," the inviting "Be Our Guest," and all the enchanted objects celebrating being "Human Again."
Posted by JulieK at 7:09 PM

Email ThisBlogThis!Share to TwitterShare to FacebookShare to Pinterest
Labels: Beauty and the Beast Junior, Penguin Project