Humana Fest #3: Bruised and Broken Hearts in "Eat Your Heart Out"

I'm not sure what I think of Courtney Baron's "Eat Your Heart Out."

It's an odd place for a theater reviewer to be, that demilitarized zone of not knowing. Actually, it leaves me something like the characters in Baron's play, which reflects on the awkwardness of our interactions with each other. She focuses on a mother and daughter who are antagonists more than family, on a pair of teen outcasts whose friendship is the only thing keeping either of them afloat, on an infertile couple desperately in search of a child, on a pair of lonely adults looking for companionship through match.com. These are people just floundering around being people, doing and saying and deciding the absolute wrong things at the absolute wrong moments. And those moments are achingly, hauntingly real in "Eat Your Heart Out," making the audience at times as uncomfortable as the characters. 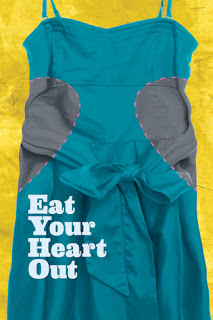 "Eat Your Heart Out," which was among the Humana Festival plays to be mounted in the in-the-round Bingham Theatre, was inspired, Baron tells us in program notes, by an actual medical condition, the Broken Heart Syndrome, "which is brought on by an excess of adrenaline caused by stress, or by grief so overwhelming that your body has a chemical reaction that simulates a kind of heart attack."

In the play, there are six characters, each suffering a broken heart of some sort, living their lives in Pasadena, California. There's Nance, someone we first meet as she shows up for a blind date with a guy in a museum, and Tom, the divorced man in the museum who seems nice and funny, if a little desperate. But who isn't desperate on a first date? Nance is caustic and snappy, but funny, too, even as she tells Tom she is having a really terrible day. Baron's play switches us from the museum where Nance and Tom are meeting to a plush suburban home, where Alice and Gabe, a couple of beautiful, prosperous people, nervously await someone from the adoption agency that can give the go-ahead to a baby for them, and to a teenage girl's bedroom, where that girl, Evie, has a chat with her only friend, a geeky but also cool kid named Colin.

Evie is overweight. Not just a little. A lot. She's been called "fat ass" and generally harassed about her size at school, and her weight is clearly on her mind, as well as her mother's. Her mother is skinny. Her mother is Nance, the woman on the date in the museum, as well as the social worker who visits Alice and Gabe. Edgy, sarcastic Nance is the connector between the three stories, the one who tries but doesn't love her daughter as much as she should, judges Alice and Gabe more than she should, and connects, just a little, with Tom, even though she probably shouldn't.

If Nance represents the intersection of the plots, the other five are just as real, just as raw. We see each of them trying to make some sort of emotional connection, and each one really struggling. It's easy to feel your own heart break a little for each of them. And especially Evie. But that's where my own feelings get tricky. We see Evie's misery as she tries to buy clothes, baring her vulnerability to the world, and baring the actress who plays her to the entire audience. And it pulled me out of the story a little, as I wondered how the actress felt to be standing in her skivvies in front of all of us. Maybe she is proud of her size. Maybe she empathizes with Evie's problems and wants to bring that issue to the world. But still... It's an uneasy theatrical moment.

In the end, though, I think I have to come down positively on "Eat Your Heart Out." The fact that I am still chewing on it (pun intended) days later, that I am still worried about Sarah Grodsky, the actress who played Evie, and how she feels about that scene, that I still want to smack Nance (not the fine Kate Eastwood-Norris, who plays Nance, but Nance herself) for being so wrong-headed as to insist on a dress in a smaller size than Evie wears as incentive to make her lose weight before Homecoming, that I still hope Colin (in a spot-on performance by Jordan Brodess) finds Evie on Homecoming night, that the lovely Alice (beautifully played, complete with Texas shades in her accent, by Chicago actress Kate Arrington) and smart, snarky Gabe (also beautifully played, by Mike DiSalvo) get their baby and make friends with Evie, that Tom (brought to life as a sweet dope by Alex Moggridge) can provide some support for Nance and that he, too, can be a friend to Evie... Yes, I am still chewing it over, aren't I?

That all tells me that I need to stop pondering. If it made me think this much, if I'm still worrying about its fictional characters, Baron's play is clearly a success.

EAT YOUR HEART OUT
By Courtney Baron

Running time: 1:20, performed without intermission
Posted by JulieK at 1:22 PM