What's Next for Prairie Fire Theatre?

Some of the details (like specific dates) are yet to come, but Prairie Fire Theatre has announced its plans for 2012, including one children's opera, two books musicals and one revue. 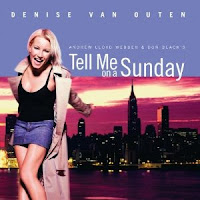 Next up is "Tell Me on a Sunday," a one-woman show about a British girl's romantic (and not-so romantic) journey across the US. With music by Andrew Lloyd Webber and lyrics by Don Black, "Tell Me on a Sunday" looks at an unnamed woman simply called "The Girl," who arrives in New York intent on starting a new life in the US. After finding out her boyfriend has been cheating on her, our Girl finds her way (musically) through several more adventures as she looks for love and independence. 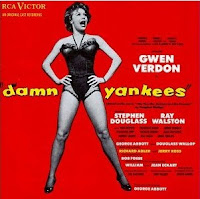 "Damn Yankees," the 1955 classic baseball musical, will be Prairie Fire's summer production. As a famous dance show (with Bob Fosse choreographing for Gwen Verdon in both the original Broadway and film versions), "Damn Yankees" is something of a departure for Prairie Fire, which usually goes for Gilbert & Sullivan or other more vocally-based shows. George Abbott and Douglas Wallop wrote the book about a Washington Senators fan who makes a deal with the devil to get his team a pennant, while Jerry Ross and Richard Adler wrote the breezy, fun score, which includes standards like "Heart" and "Whatever Lola Wants," a song that's currently being used in a Pepsi commercial starring Sofia Vergara. Actors Ray Walston, Vincent Price, Van Johnson, Jerry Lewis, Victor Garber and Sean Hayes have all played the diabolical Mr. Applegate through the years.

And in the fall, Prairie Fire will look to a revue of songs by Burt Bacharach and Hal David, whose distinctive pop sound was all over the charts in the 60s and 70s. "Back to Bacharach and David" was first produced Off-Broadway in 1992 with a cast of four, and it included such Bacharach/David hits as "The Look of Love," "Raindrops Keep Falling on My Head," ""A House Is Not a Home," "Promises, Promises," "I Say a Little Prayer for You," "Close to You," and "Do You Know the Way to San Jose?" Comedian/actress Kathy Najimy and actor/singer/composer Steve Gunderson put the show together, with Najimy directing and Gunderson doing the musical arrangements and orchestrations.

You'll need to watch this page to get the details as Prairie Fire fills in dates and locations for their performances.
Posted by JulieK at 1:38 PM

Email ThisBlogThis!Share to TwitterShare to FacebookShare to Pinterest
Labels: Back to Bacharach and David, Damn Yankees, Prairie Fire Theatre, Tell Me on a Sunday, Tortoise and Hare's Big Race