After the success of their "Die Zauberflöte" in 2011, the Midwest Institute of Opera is taking on another summer season, this time offering Mozart's "Don Giovanni." 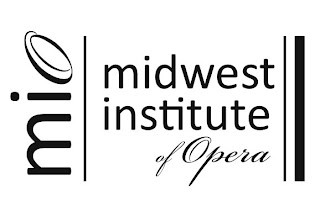 Co-founder Tracy Marie Koch points out that the company is "the only opera company in central Illinois that only produces opera." Koch and her husband, baritone John Michael Koch, helped found the opera company to offer emerging professional singers an opportunity to perform complete roles on stage after working in an intensive summer program with guidance from MIO staff, most of whom come with substantial experience on New York stages. For 2012, that staff includes Joshua Greene, Assistant Conductor of the Metropolitan Opera and artistic director of MIO; James Marvel, stage director who has worked at Lincoln Center in New York City as well as in Canada, Italy, South Africa, South Korea, England, Scotland, Germany, Poland, Slovakia, Hungary and the Czech Republic; pianist and coach Dr. Jeffrey Peterson, a member of the faculty at Baylor University and artistic director of Music in the Marche in Piobbico, Italy; soprano Patricia Sheridan, a New York Singing Teachers’ Association Distinguished Voice Professional; Joseph Welch, an "in demand" collaborator and doctoral student at the University of Minnesota; Molly Scanlon, a stage manager who earned her B.S. in music from ISU; and Andrea Steele, Alexander Technique instructor.

The two Kochs are also on staff. Tracy Marie Koch made her New York City operatic debut as Madama Butterfly in Puccini's opera of the same name in Martina Arroyo's Prelude to Performance Program, and she also runs one of central Illinois' most successful voice and piano studios. John Michael Koch is Vocal Arts Coordinator and Associate Professor of Music in the College of Fine Arts at ISU. His bio notes that he is a Metropolitan Audition winner, laureate of the 1989 Montreal Competition, and recipient of an Eleanor Steberhas Foundation Award, and that he has performed over 75 operatic and oratorio roles internationally and has released several world premiere recordings on three recording labels.

Auditions were held in January to cast "Don Giovanni." Tracy Marie Koch explains the casting process: "Emerging/professional opera singers send us their materials and from that we have live auditions and then we choose who to invite to be in the cast." In 2011, performers came from everywhere from the Bronx to Tulsa, Oklahoma.

Local musicians also play a role. As Ms. Koch notes, "Community members participate in the program in the chorus and the high schoolers who participate from the community have their own concert. This year we are doing a production of Pirates of Penzance for them!"

Joshua Greene will conduct and James Marvel will direct "Don Giovanni," which is scheduled for July 29th and 31st at Illinois State University's Center for the Performing Arts. The Midwest Institute of Opera has a new website with all kinds of interesting information, including applications for prospective singers, pianists and conductors, and a Facebook page for up-to-the-minute information.
Posted by JulieK at 11:10 AM