Bloomington-Normal's Piece of "8" Coming Up at ISU 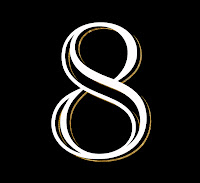 Illinois State University's Center for the Performing Arts will host the Bloomington-Normal premiere of "8," billed as "a new play about California's historic case for marriage equality," on Saturday, September 8, at 7:30 pm.

This staged reading is free to the public, and will include a panel discussion after the performance. Couples involved in recent lawsuits filed in Illinois to challenge the state's same-sex marriage ban will be present to join the discussion.

Oscar-winning screenwriter Dustin Lance Black ("Milk," "J. Edgar") is the author of the play, which uses actual trial transcripts, words straight from reporters and journalists covering the trial, and interviews with the parties involved in Perry v. Schwarzenegger, the case at issue. Black is also a founding board member of the American Foundation for Equal Rights (AFER), created in the wake of the Proposition 8 debate.

The cast at the CPA will include ISU alum Tom Chiola, a retired judge from the Circuit Court of Cook County in Chicago, who will play Judge Vaughn Walker, the presiding judge in Perry v. Schwarzenegger. Other alumni, students and faculty from Illinois State University will fill the other twenty roles in the play in this stage reading, following in the footsteps of actors like George Clooney, Jamie Lee Curtis, Morgan Freeman, Brad Pitt, Martin Sheen, and ISU alum Jane Lynch.

Those stars were there when "8" the play opened with staged readings on both coasts within the last year. Since then, AFER and Broadway Impact have made the rights to the play available at no cost to colleges and community theaters across the country as an attempt to "spur action, dialogue and understanding."

This staged reading at the CPA is co-sponsored by the Prairie Pride Coalition and ISU's School of Theatre and Dance, University Housing Services, Diversity Advocacy, and the LGBT Queer Studies and Services Unit.

Everybody is invited -- again, admission to the performance and the panel discussion are completely free -- and if you need special accommodation to be able to participate, you are asked to contact Janet Wilson, Director of the Illinois State University School of Theatre and Dance, at 309-438-8088, as soon as possible to allow time to arrange it.
Posted by JulieK at 8:58 AM