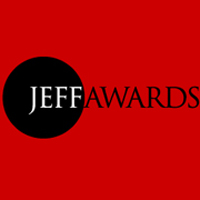 It's an embarrassment of riches. Or nominations. This year the judges handing out nominations for the equity side of Chicago's Joseph Jefferson Awards went big, with ten nods in the Director of a Play category and nine each for large and midsize plays.

Meanwhile, they made the usual head-scratching choices, singling out only Caroline O'Connor among the four leads of Chicago Shakespeare's "Follies," when she was by far the least successful of the four. Sorry, Susan Moniz! I loved you.

Other productions with seven nominations include "Death and Harry Houdini" at the House Theatre of Chicago, and "Invisible Man," at Court Theatre in association with Christopher McElroen Productions.

The cast of "The Iceman Cometh" at the Goodman, one of the most talked-about shows of the year, was given an "ensemble" nomination along with individual nods for Brian Dennehy, as Larry Slade, director Robert Falls, scenic designer Kevin Depinet, lighting designer Natasha Katz, and the show itself in the large play category.

"Clybourne Park" at Steppenwolf was another show with its ensemble outshining individuals, as the cast as a whole, along with director Amy Morton and scenic designer Todd Rosenthal, were nominated. Rosenthal collected more nominations than most shows, with his work on "An Iliad" at Court Theatre and "Red" at the Goodman also honored.

Other big name shows -- "Elizabeth Rex" at Chicago Shakes, "Angels in America" and "An Iliad" at Court Theatre, "The March" at Steppenwolf, "Mr. Rickey Calls a Meeting" and "Eastland" at Lookingglass -- were handed multiple nominations, as well.

And IWU's Amanda Dehnert ("Eastland") and ISU's Gary Griffin ("Follies") were both nominated for best direction of a large musical.

For the complete list of nominations, click here. Theatre in Chicago and the Chicago Tribune's Chris Jones have some interesting commentary on the nominations, too.
Posted by JulieK at 10:30 AM