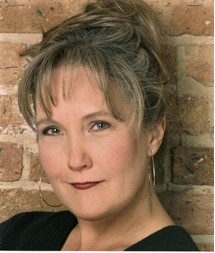 I find out all kinds of interesting things at the School of Theatre at Illinois State Facebook page. Right now, there are notices about a staged reading of Dustin Lance Black's Proposition 8 play (it's called "8," which doesn't look like much all by itself, so I added the Prop 8 part) and Dr. Ashley Lucas offering a solo performance called "Doin' Time" about the affect of incarceration on families.

And then I got an inside scoop that Eli Van Sickel, the guy who creates ISU's School of Theatre and Dance Facebook and Twitter presence, is looking for 500 "likes" on that Facebook page. And to get to his magic 500 number (they're sitting at 480 last I looked), Eli somehow convinced the delightful and charming Connie de Veer, Associate Professor who teaches acting, voice and Alexander Technique at ISU and specializes in dialects, to perform some text to be identified later (perhaps Dr. Seuss or a soliloquy from "Hamlet"?) in a dialect or series of dialects if and only if they get over the 500 finish line.

I don't know about you, but I would love to see (and hear) Connie de Veer launch into "To be or not to be" with a Scottish brogue. Or do every line in some new exotic accent. Wouldn't you like to hear "shuffle off this mortal coil" sound like it came from Transylvania? I could totally get behind that.

So, anyway, at least twenty of you need to get over to Facebook and click the LIKE button at the top of the School of Theatre at Illinois State Facebook Page. NOW!
Posted by JulieK at 10:10 AM