Keep the Comedy Coming: Support the Improv Mafia and the CIT 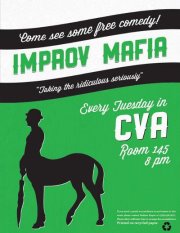 The Improv Mafia, Illinois State University's first and only improv troupe, has enjoyed a great deal of success in years past at the national College Improv Tournament. Third last year and second the year before, they won the whole enchilada in 2009. National champs right there, folks!

Now Improv Mafia is lending a hand to raise funds for that very tournament. The College Improv Tournament has launched an Indiegogo site to try to put together enough cash to do things like provide food and water to teams when they compete, give them a break on lodging, and maybe even offer food and lodging to volunteer judges and videographers. They'd also like to get better video equipment, and if you saw the video from last year's national or regional competitions, well, you know better video would be a very good thing.

If you'd like to contribute to the effort -- and come on, who wouldn't? A sense of the ridiculous is important in an uncertain world! -- you can pop right over here and give anything from $1 to $10,000. They hope to raise $5,000, which isn't so very much after all.

And just look at what you get for your contribution. For only $25, you get a ticket to a regional match, where you just may see the Second City, Improv Olympics, Saturday Night Live or Octavarius stars of tomorrow. At the other end of the spectrum, for $1000, your package includes 6 VIP tickets at the National Finals, food and bev for you and a guest, pictures with the winning team, an autographed poster, an opportunity to give an improv suggestion and co-present an award at the regional, and entry to all the matches at a regional site. That's a lot of stuff! 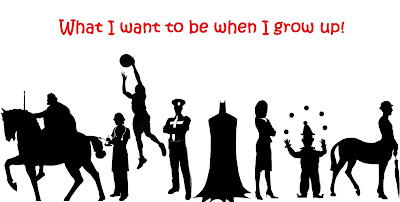 Keep the improv dream alive! Support Improv Mafia's quest to turn everyone into centaurs, superheros and clowns by visiting the Indiegogo site and kicking in $1 or $10,000 today.
Posted by JulieK at 11:00 AM